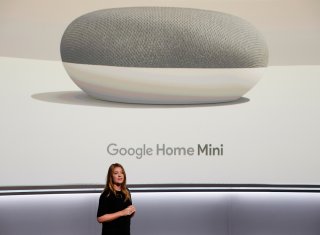 Google and Sonos have been battling each other, over patents, for years. Sonos sued Google, in January of 2020, in both federal court in California and before the International Trade Commission, with Sonos accusing Google of infringing on patents. Google then countersued, later that year. Sonos came out on top in one of the suits, with Sonos coming out victorious in one of those lawsuits.

That led Google to change features in some of its products.

According to The Verge, Google has once again filed the suits in United States District Court for the Northern District of California and will also do so in the International Trade Commission. The suits concern seven patents, used in Sonos’ smart speaker and voice control technology.

“Rather than compete on the basis of innovation and product quality, Sonos has decided to compete in the courtroom, and started an aggressive and misleading campaign against our products, at the expense of our shared customers. We prefer innovation to litigation but their actions leave us no choice but to defend our technology and challenge Sonos’s clear, continued infringement of our patents,” a Google spokesperson said of the new suit, according to TechCrunch.

Last month, in an interview with Time, Sonos CEO Patrick Spence spoke about the original lawsuits, and also came out in favor of legislation currently in Congress to restrain anticompetitive behavior by large tech companies.

“We have invested in intellectual property and have been willing to stand up to Google. Going to the ITC has cost us millions of dollars. That’s been a good avenue for us to enforce that intellectual property. But it doesn’t change the rules of the game for startups in the way the pending antitrust legislation does,” the CEO said.

Spence was also asked about the possibility of the parties coming to an agreement.

“We remain open to a settlement, but that’s up to them. I’m not going to comment on talks with anybody,” the CEO said. “We’ve always been open to licensing our patents and today have licensing agreements with a couple of companies. We remain open to future ones. We should be compensated for our inventions.”

Spence formerly worked at Research in Motion, the then-name of the company that made BlackBerry. He looked back in the interview on the company’s release of the BlackBerry Storm, an iPhone competitor.

“In hindsight, RIM should have built the next best BlackBerry and not a response to the iPhone. With Storm, we threw away a decade of customer loyalty and a lot of our reputation for great products,” he said.