Ten Ideas for How Congress Can Effectively Regulate the Blockchain Sector 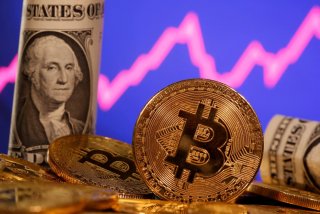 The great German-American architect Van der Rohe once said, “God is in the details.” The same is just as true for legislation as it is for architecture.

Advocates from the blockchain sector have made “protect investors without inhibiting innovation” a creed. Republicans and Democrats, progressives and conservatives, all agree.

Now, what are the details?

A lot of smart people in government and industry have been working on attractive legislative proposals. Here is a collection of the best proposals formulated so far.

This list is not exhaustive but it represents a good start on how Congress might deliver both on protecting citizens and a climate of innovation.

First, we suggest that Congress should provide funding for blockchain research and development on the scale of the National Quantum Initiative. In October 2019, Chinese president Xi Jinping, the leader of America’s premier rival, threw down the gauntlet. “It is necessary to strengthen basic research, enhance the original innovation ability, and strive to let China take the leading position in the emerging field of blockchain, occupy the commanding heights of innovation, and gain new industrial advantages,” Xi declared. America must rise to this challenge!

Second, we recommend that designated funding be provided for robust staffing within the White House Office of Science and Technology Policy, the National Economic Council, and the National Security Council for blockchain specialists to advance federal policy. President Joe Biden’s March 2022 executive order, Ensuring Responsible Development of Digital Assets, has had a good effect on focusing the national conversation.

Third, it is imperative to see the establishment of federal preemption of state regulation of money transmissions. One of the preeminent thought leaders in the House Agriculture Committee, ranking member Rep. Glenn Thompson (R-PA), has presented a blockchain legislative blueprint that deserves close attention. His proposal states that “Trading venues would opt into the CFTC Digital Commodity Exchange regime or remain regulated under individual state money transmitter licenses.” This will advance consumer protection and, by reducing compliance costs, provide a major boost to innovation.

Fourth, the government would benefit from creating a proof-of-stake blockchain platform to distribute federal disaster relief funds. Fraud and the misappropriation of federal disaster relief funds are all too common. After Hurricane Katrina, a National Center for Disaster Fraud was established. However, a better solution would be to preclude fraud in the first place. Blockchain is tailor-made for that.

Fifth, we encourage financial ratings agencies to engage in a rigorous risk assessment of the blockchain sector. As two of our associates recently recommended in a commentary for RealClearMarkets, “The American way is to empower investors to protect themselves…Meanwhile, ratings agencies, being part of the market, will modulate compliance costs while still giving prospective investors what they need to know to intelligently evaluate the risks.”

Sixth, we recommend chartering a self-regulatory organization (SRO) for the blockchain sector. Many classical financial agencies are regulated by self-regulatory organizations such as the Financial Industry Regulatory Authority (FINRA) or the New York Stock Exchange (NYSE). This has proven to be effective in protecting the public while avoiding many problems associated with government regulatory agencies, such as lack of funding or stifling innovation with compliance costs and red tape.

Seventh, the blockchain industry would benefit from tax deferrals on crypto-to-crypto transactions (e.g., BTC to ETH) until gains are realized in a legal tender currency such as dollars. This would be akin to the Internal Revenue Service’s 1031 exchange provision for real estate.

Eighth, we highly recommend that there be no taxation of staking until gains are realized by a sale. The maturation of a crop is not a taxable event and realization only occurs when the crop is sold.

Ninth, it is important to note that typical non-fungible tokens (NFTs) are no more securities than baseball cards. Some high-profile investors, such as Canadian entrepreneur Kevin O’Leary, are on record as seeing billions of dollars of potential NFT investments paralyzed until legislation or regulation makes it clear that ERC-721 tokens will not be treated as securities.

Finally, we suggest that Congress enact a statute clearly stipulating that utility tokens are not securities. Every company from Google to the Guardian that has internet-facing application programming interfaces (APIs) must protect their services from denial of service (DoS) attacks and have been guarding them with tokens for the last twenty years. Upgrading this network security measure to use cryptographic tokens issued from a blockchain makes eminent sense.

These are some appealing recommendations that would better protect the public without unduly burdening the blockchain sector with compliance costs and red tape that inhibits innovation. We invite the Congressional Blockchain Caucus, led by Rep. Tom Emmer (R-MN), Rep. David Foster (D-IL), Rep. Darren Soto (D-FL), and Rep. David Schweikert (R-AZ) to convene thought leaders from the blockchain sector to evaluate these proposals and add their own.

Adelle Nazarian is the Chief Executive Officer of the American Blockchain PAC, which was created to protect present and future innovation of blockchain and digital assets in the United States and oppose legislation that would limit the growth of crypto assets. She regularly speaks on the importance of crypto and blockchain in revolutionizing the future of economics, governance and culture including its ability to uplift the most vulnerable members of society.

Alex Allaire is the CEO of the American Blockchain Initiative.