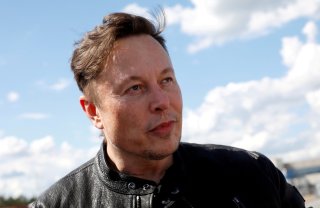 It’s been known for a while that the National Highway Traffic Safety Administration (NHTSA) is investigating Tesla in connection with a series of deaths involving Tesla’s Autopilot technology. Now, there is reportedly a criminal probe as well.

According to Reuters, the Department of Justice has launched a criminal probe related to the crashes involving the Autopilot system, and more specifically, “claims that the company's electric vehicles can drive themselves.”

Neither Tesla nor its CEO, Elon Musk, responded to written questions from Reuters about the probe.

Tesla has reminded drivers to keep their hands on the wheel, even when using the Autopilot function. It offers a separate function called “Full Self Driving.”

“Autopilot is an advanced driver assistance system that enhances safety and convenience behind the wheel. When used properly, Autopilot reduces your overall workload as a driver. Each new Tesla vehicle is equipped with eight external cameras and powerful vision processing to provide an additional layer of safety. All vehicles built for the North American market now use our camera-based Tesla Vision to deliver Autopilot features, rather than radar,” Tesla’s support website says.

“Autopilot comes standard on every new Tesla. For owners who took delivery of their cars without Autopilot, there are multiple packages available for purchase, depending on when your car was built: Autopilot, Enhanced Autopilot, and Full Self-Driving Capability… Autopilot, Enhanced Autopilot, and Full Self-Driving Capability are intended for use with a fully attentive driver, who has their hands on the wheel and is prepared to take over at any moment. While these features are designed to become more capable over time, the currently enabled features do not make the vehicle autonomous.”

The Justice probe is separate from the NHTSA investigation. That agency had announced in June that its probe was being “upgraded.”

"Upon opening the investigation, NHTSA indicated that the PE [Preliminary Evaluation] would also evaluate additional similar circumstance crashes of Tesla vehicles operating with Autopilot engaged, as well as assess the technologies and methods used to monitor, assist, and enforce the driver’s engagement with the dynamic driving task during Autopilot operation,” NHTSA said this summer of the upgraded probe, per Autoweek. It added that it was adding six crashes to the investigation that weren’t being looked at previously.

"All subject crashes occurred on controlled-access highways. Where incident video was available, the approach to the first responder scene would have been visible to the driver an average of 8 seconds leading up to impact," the agency said. "Additional forensic data available for 11 of the collisions indicated that no drivers took evasive action between 2-5 seconds prior to impact, and the vehicle reported all had their hands on the steering wheel leading up to the impact.”