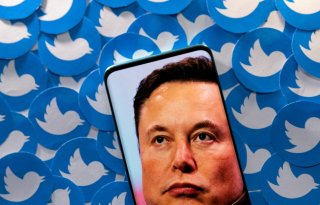 The trial between Elon Musk and Twitter, over who will end up owning Twitter, is set to get underway later this month. In the lead-up to that, the court released a series of text messages between Musk and various parties in which he discussed the deal. The court released forty pages of texts from the first half of 2022.

As reported by the business press, including CNBC and the Big Technology Substack, various people discussed with Musk the possibility of his buying the company, as well as their interest in playing a role in Musk-led versions of Twitter themselves. At one point, Musk proposed making Twitter blockchain-based.

“I think a new social media company is needed that is based on a blockchain and includes payments,” Musk said in a text to his brother last spring, shortly before launching his bid for Twitter. “I have an idea for a blockchain social media system that does both payments and short messages/links like Twitter. You have to pay a tiny amount to register your message on the chain, which will cut out the vast majority of spam and bots. There is no throat to choke, so free speech is guaranteed.”

Included in the texts were several between Musk and Jack Dorsey, the co-founder of Twitter and its CEO until last year.

Before Musk made his bid for the company, Dorsey texted Musk that “Twitter started as a protocol. It should have never been a company. That was the original sin.” Later, after Musk had begun his move and the two talked, Dorsey told Musk that “I couldn’t be happier you’re doing this. I’ve wanted it for a long time. Got very emotional when I learned it was finally possible.”

Later, once Musk launched his takeover, Dorsey again expressed his support. After Musk stated that he was following Dorsey’s advice, the cofounder replied “ I know and I appreciate you. This is the right and only path. I’ll continue to do whatever it takes to make it work.”

Musk also exchanged messages with Twitter’s current CEO, Parag Agrawal. But things between the two of them quickly went south.

“I’m super excited about the opportunity and look forward to working closely and finding ways to use your time as effectively as possible to improve Twitter and the public conversation,” Agrawal said when Musk first became interested.

But things got contentious between them just weeks later, when Agrawal chided Musk, at that point seeing a board seat, for trashing the company on his Twitter account.

“You are free to tweet ‘Is twitter dying?’ Or anything else about Twitter - but it’s my responsibility to tell you that it’s not helping me make twitter better in the current context,” the CEO tweeted. “Next time we speak, I’d like you to provide you perspective on the level of internal distraction right now and how it hurting our ability to do work. I hope the AMA will help people get to know you, to understand why you believe in Twitter, and to trust you - and I’d like the company to get to a place where we are more resilient and don’t get distracted, but we aren’t there right now.”

Musk then declared that “I’m not joining the board. This is a waste of time,” and declared his intention to make an offer to take Twitter private.

He later texted the board chairman Bret Taylor, that “Drastic action is needed… This is hard to do as a public company, as purging fake users will make the numbers look terrible, so restructuring should be done as a private company.” This particular exchange has been treated in some coverage as significant since it shows Musk admitted at an early date to the knowledge of the bot problem that he claims he wasn’t aware of until later.

Other notable people reached out to Musk, per the texts. Popular podcaster Joe Rogan, on whose show Musk has appeared in the past, asked if Musk planned to “liberate Twitter from the censorship happy mob.”

Members of the media, from CBS News’ Gayle King to podcaster Tim Urban, requested interviews with Musk. Others, including Larry Ellison and Marc Andreessen, reached out about investing or joining Musk’s bid.

Entrepreneur Jason Calacanis texted Musk to point out how bad the features are in the Twitter Blue subscription product, although Musk later chided him for “marketing [special purpose vehicle] to randos,” something which “makes it seem like I’m desperate.” Also, venture capitalist Steve Jurvetson asked Musk to hire his son.

A separate report, by Variety, stated that Hollywood super-agent Ari Emanuel reached out in recent months to try to broker a settlement between Musk and Twitter. The trial is set to begin on October 17.