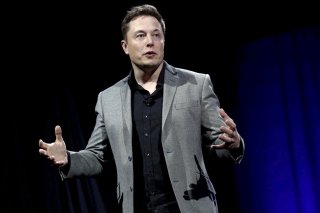 Last Thursday, incoming Twitter owner Elon Musk held a virtual “all-hands” meeting with Twitter employees where he discussed his plans for what will happen after his deal to acquire the social media company closes.

According to a CNBC report about the meeting, Musk set a goal of the company reaching 1 billion daily active users, up from the current total of about 229 million. He also wouldn’t promise that there wouldn’t be layoffs, and stated that “the company does need to get healthy” and that “right now the costs exceed the revenue.”

Musk also said that he prefers that Twitter employees work in person rather than remotely.

Vox and Recode also published a full transcript of the meeting, which revealed greater detail about what Musk had to say about content moderation.

“As I said earlier, really, I think people, we should allow people to say what they want, post what they want, within the bounds of the law. But that’s different from them being able to reach people who don’t want to be reached with that content. So if that content is offensive to people, they will, those people will simply stop using Twitter,” Musk said in the meeting. “So it’s important to make Twitter as attractive as possible. And really, that means not showing people content that they would find hateful or offensive, or even frankly content they would find boring is not good. We don’t even want them to see boring content.”

He added that Tiktok “does a great job of making sure you’re not bored.”

Musk was also asked what he will do with Twitter in parts of the world that lack the free speech protections that the United States has.

“Well, I’m in favor of doing, of going, as far as the law will allow us. If the law will — if, say, Twitter employees would get arrested in the country if we didn’t adhere to the law, then we obviously must adhere to the law or exit the country or something. So I mean, as much as we can enable people to have a voice and to speak their mind, I think we want to do that,” he said.

Per CNBC, “the majority of the reactions on Twitter’s Slack messaging board were negative in nature.”

Back in April, Musk reached an agreement with Twitter’s board to purchase the company and take it private. In the months since, Musk has tweaked his financing for the deal, while also threatening to put the deal “on hold” over a dispute regarding the number of bot accounts.