No, Elon Musk Is Not Buying One America News 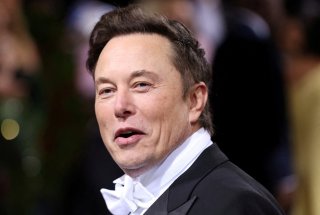 In April, DirecTV, which was the only major cable or satellite provider that was still carrying the news channel One America News (OAN), officially dropped the channel after it announced a few months earlier that it would do so. The network remains on Verizon Fios, as well as some regional cable operators, per Next TV.

This led to OAN suing DirecTV, accusing the satellite company of working to “unlawfully destroy an independent, family-run business and impede the right of American television viewers to watch the news media channels and programs of their choice.”

Former President Trump weighed in, as did a group of state attorneys general, although none of them had any power to force DirecTV to take the channel back.

This week, however, a bizarre story indicated that a new savior was on the way for the conservative news channel. But it turned out to be a false alarm.

Robert Herring, the company’s CEO, tweeted Thursday that “we just received a call from somebody very close to @elonmusk telling us that he would like to talk to us about purchasing @OANN."

However, as he often does, Musk made news in someone else's Twitter replies.

“Only Twitter,” the entrepreneur wrote in the replies. That reply may have doubled as another kind of news, namely, that Musk still believes that he is on track to buy Twitter.

It’s not exactly clear why Herring thought Musk was interested in buying his company; it’s possible that he was the victim of a prank call.

This isn’t the first time a buyout of OAN has been floated. Reports in early 2020 indicated that Hick Equity Partners, a firm owned by the family of then-Republican National Committee official Thomas Hicks Jr., was interested in buying a stake in the network. Rumors a few months later indicated that Donald Trump Jr., in league with the Hicks group, was interested in buying the network, but nothing ever came of it.

Those aren’t the only strange stories about the network that have emerged in the last two weeks. Reuters reported in the fall of 2021 that AT&T had played a surprisingly large role in the development of the network. After the 2020 election, OAN was subject to legal action from voting machine company Dominion, which sued them for including the company in wild conspiracy theories about their role in the election.

Earlier this year, Trump issued a statement lashing out at “Time Warner” for dropping OAN. However, Time Warner hadn’t existed for years at that point and it hadn’t owned cable systems for even longer. Later, some anti-Trump media outlets urged their followers to “thank” Time Warner for dropping the network.