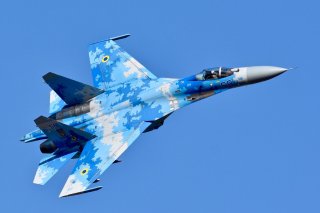 Ukraine’s formidable military resistance to Russia’s invasion has stunned the world. But it’s not just on the battlefield that Kiev has upset expectations of a swift Kremlin conquest—it’s also done so in cyberspace. Ukraine’s unexpected dominance includes victories across an array of digital domains, particularly cyberwarfare and cybersecurity, as well as its sophisticated social media and messaging campaigns. Despite early Russian hacks of Ukrainian government sites, the momentum quickly shifted in the opposite direction. As Russia is now finding out, Ukraine wasn’t just prepared militarily when the first rumbles of war broke out on February 24. Kiev also had legions of cyber warriors ready for battle behind their keyboards.

As Tom Simonite related in a March 17 piece for Wired, the “freaks” of Ukraine’s high-tech Ministry of Digital Transformation, headed by Mykhailo Fedorov, have scored convincing wins against Moscow throughout the war. Fedorov and his team were in action as soon as hostilities broke out, hacking Moscow, getting Elon Musk’s Starlink internet satellites over the skies of Ukraine, and convincing American tech companies to depart Russia. Federov and his crew, including Everstake founder Sergii Vasylchuk, also streamlined Ukraine’s ability to accept cryptocurrency donations for its defense, helping the country raise over $100 million so far.

A successful businessman whose digital marketing skills helped boost Zelenskyy to power in Ukraine’s 2019 election, Fedorov hired some of the best and the brightest for the new ministry when it was set up three years ago. These included brilliant social media wizards, software engineers, and world-class computer programmers. To be sure, Western governments already support Ukraine and have been eager to flood the country with weapons, aid, and media coverage. But Federov and his team didn’t just sit with their hands out waiting for help. In fact, they’ve been working for years to make Ukraine one of the most technologically advanced countries in the world.

Their biggest splash prior to the war came from the Diia app, which is a type of digital ID that centralizes a user’s information, provides access to over fifty government services, and stores essential government documents. Fedorov has called it “the foundation for building a digital state.” Ukraine’s IT sector is already impressive—it grew by 20 percent in 2020 alone—and Diia is the fruit of that labor. Federov says it will free citizens “from waiting in lines, corruption, and filling out incomprehensible forms.”

On the other hand, critics and conspiracy theorists have accused Diia of being part of a globalist plot to track and enslave humans. Skeptics say apps like Diia are a form of centralized control disguised by convenience. According to them, these apps will lead the world down the road to global vaccine passports and a dystopian future where those who don’t comply with the state will be banned from payment and government services.

What is clear, however, is that Ukraine’s “freak squad” at the Ministry of Digital Transformation has been highly effective in using technology in the context of war. Diia even allows users to support the war effort by reporting Russian troop locations through the app. In addition, Federov’s team’s success in isolating Russia from Western tech infrastructure and encouraging revolt within Russia’s own tech sector and hacker community is noteworthy. Ukrainian cybersecurity companies have even organized “hackathons” with cryptocurrency rewards as high as $100,000 for those who bring down prominent Russian sites.

And it’s not only the core staff at the Ministry of Digital Transformation that is digitally dominating Russia. A legion of over 300,000 volunteers with IT backgrounds have launched countless distributed denial-of-service (DDoS) incursions on prominent Russian sites and worked to flag and remove Russian propaganda from social media and news sites. This “IT army” communicates on secure messaging apps as they work together to fight on the digital frontlines. This battle includes recent efforts by Federov and his volunteers to put pressure on companies like Twitter and Meta to stop Russian disinformation agents from sowing discord between Poles and Ukrainians.

At only thirty-one, Federov is already a master of social media and digital marketing, even referring to Ukraine’s “brand” as something that he has focused on throughout the war. He has quickly dismantled Russian messaging and cut through to the world’s richest and most powerful people to put pressure on the Kremlin.

Federov is not sparing anyone, going after DJI, a company that makes drones used by Russia, and shaming Tim Cook and Apple into pulling out of Russia. While Federov seems to have come out of nowhere to those who just started looking, Federov has Zelenskyy’s ear and is part of a new generation of tech-savvy Ukrainians who have helped turn the country into a tech hub.

It’s not just Federov and his ministry making waves, though. Companies like Cyber Unit, Ajax, and Stfalcon have stepped up to the plate in significant ways as well. Ajax and Stfalcon worked to vastly upgrade Ukraine’s air raid warning capabilities and improve alert systems that notify people of immediate threats by cell phone.

While Russian hackers have a fearsome reputation from the 2016 U.S. election and other campaigns, Federov says that Moscow is still “living in the twentieth century.” The new form of state power is tech power, Federov has argued, claiming that Russia has failed to realize this and stuck to traditional state power approaches that will ultimately fail.

Russia has the tanks and fighter jets, but Ukraine has the brains and influence. Kyiv has seized on this advantage to sway the whole world and gain solidarity through its effective use of social and traditional media. Federov helped Zelenskyy become President three years ago, and now he wants to help Zelenskyy stay alive and win the war, partly by continuing the “digital blockade” against Russia. According to Federov, “as soon as the Russian troops invaded our territory, we mobilized all our resources to resist this war and protect Ukraine in every possible way. We are working all day and all night to protect Ukraine on the cyber front.”

The bottom line is that the conflict in Ukraine has shown the world a stunning example of just what digital dominance and competence can do in war. To be sure, a country still can’t win a land war from behind a keyboard. But technology can certainly help the military gain the support of foreign powers and win the war.