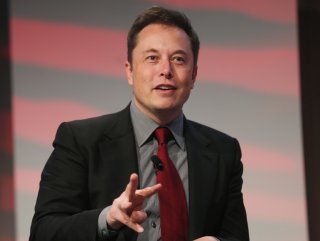 Twitter announced in a letter to shareholders this week that they are invited to a virtual “special meeting” on September 13, where they will have a chance to vote on the company’s merger agreement with Elon Musk.

The letter also states that Twitter’s board of directors has unanimously recommended that the shareholders vote for the merger, as well as the compensation that will be paid to company executives as a result of the merger.

If the merger is completed, shareholders will receive $54.20 in cash per share, as per the agreement.

Musk, of course, has announced this intention to get out of the agreement to buy Twitter, leading the company to sue him. That suit is scheduled to go to trial in October.

Twitter’s position, as described in the lawsuit and other filings, is that it is still seeking to hold Musk to the merger agreement.

“Adoption of the merger agreement by our stockholders is the only remaining approval or regulatory condition to completing the merger under the merger agreement, and is an important and required step for our stockholders to receive the merger consideration,” Twitter said in Tuesday’s document. “We are committed to closing the merger on the price and terms agreed upon with Mr. Musk. Your vote at the special meeting is critical to our ability to complete the merger. Twitter’s Board of Directors unanimously recommends that you vote “FOR” each of the proposals at the special meeting.”

CNBC also reported on another new filing by Twitter, which showed that the company slowed down hiring during the second quarter.

“We significantly slowed hiring in the second quarter of 2022 and are being more selective about the roles that we are filling, and we have simultaneously seen our attrition rate increase,” Twitter said in the filing. “We have also reduced non-labor spending in areas such as travel and marketing.”

“The extent of the ongoing impact of these macroeconomic events on our business and on global economic activity is uncertain and may continue to adversely affect our business, operations, and financial results,” the company added.