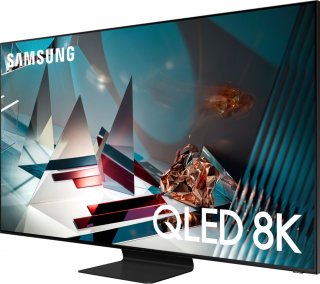 Samsung has been the global leader in QLED panels since the dawn of the technology a few years ago. Now, the company has announced the next generation of its manufacturing process.

According to the Korea Herald, Samsung Display-a subsidiary of Samsung itself —  announced last week that it will begin mass production of what it calls QD panels in 2021, and has installed the first batch of manufacturing equipment at its facility in South Chungcheong Province in South Korea.

"Despite the COVID-19 pandemic, our close collaborative ecosystem with global partners enabled us to carry out our QD investments according to plan,” Samsung's Choi Joo-sun, chief of large-size display unit, said at the ceremony marking the occasion, per the newspaper.

“We will strive to produce unparalleled QD displays based on our advanced technology and 20-year-long experience in large-size liquid-crystal displays,” he added.

Samsung’s CEO, Lee Dong-hoon, was also on hand at the event, the newspaper reported. The company had announced plans to invest in the next-generation technology in the fall of 2019.

How will the forthcoming QD displays differ from the existing QLED, and other technologies made by Samsung already?

According to HD Guru, while Samsung's QLED panels so far have utilized Quantum Dot Enhancement Film, the new process will use "techniques to produce either hybrid quantum dot OLED displays or next generation Quantum Nano Emitting Diodes (QNED) panels based on Blue nanorod LEDs coated with inkjet applied Red and Green quantum dots."

The Korea Herald described the shift as "a strategic decision by Samsung Display to tackle the premium TV market in the coming years."

As of earlier this year, Samsung held a dominant 85 percent market share of QD panels, with Vizio second and Huawei third. About 12 percent of Samsung’s television sales were QLED models, although they are at the higher end of the market.

Samsung and LG, earlier this spring, agreed to a resolution in their long-running dispute over whether Samsung could continue to call its QLED TVs by that name.