Samsung and LG Agree to End the QLED War 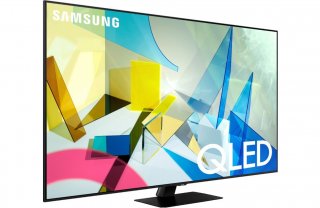 The incessant bickering between Samsung Electronics and LG Electronics over QLED HDTVs has come to an abrupt halt after the two Korean tech giants told the Fair Trade Commission to stop further investigations.

The two longtime archrivals told the FTC that they would immediately discontinue any smear campaigns against each other, and only place more emphasis on improving the quality of their own respective products.

In the cutthroat global premium TV market, both Samsung and LG have claimed to possess top-notch systems to give their TV panels unrivaled clarity and depth. LG’s go-to panel in recent years has been OLEDs, while Samsung has heavily advertised its next-gen technology of QLEDs.

Relations between the two companies soured even more during a press conference in September last year, when LG began to claim that Samsung’s highly regarded QLED display isn’t really QLED at all.

LG said that according to some engineers and tech experts, a “true” QLED panel should utilize quantum dots that emit their own light, jettisoning the need for backlighting, which Samsung’s QLED TVs use.

Essentially, according to LG, Samsung continues to flaunt the fancy name despite the products basically being LCD TVs enhanced with quantum dots, which are microscopic particles that when hit by light, emit a certain different colored light.

LG later irked Samsung further by reporting the company to the FTC for misleading consumers.

The FTC eventually concluded that QLED TVs, including those manufactured by Samsung, can in fact be considered to possess self-emitting displays, according to a statement.

The watchdog, however, told Samsung that for all of its future advertisements, it must make it clear that their QLED TVs do utilize a backlight.

“After our complaint to the FTC, Samsung was mandated to emphasize their QLED TVs are essentially LCD TVs with a quantum-dot film. Despite having to retract our charges against them, we eventually got what we wanted,” one official from LG told the Korea JoongAng Daily, an English-language newspaper in South Korea.

Samsung also taps into QLED panels for other uses, including a new lineup of gaming monitors that recently hit the market. The company also released the Sero TV, which is able to rotate into portrait mode.