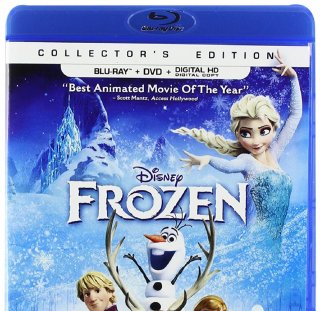 The home media market may be ruled these days by streaming, but physical media remains something that many movie buffs continue to purchase, whether DVDs, Blu-ray Discs or even Ultra HD Blu-rays.

The most premium of those, Ultra HD Blu-ray (also known as 4K Ultra HD), has been around since 2016, and Disney has been releasing discs in the format since “Guardians of the Galaxy Vol. 2” in 2017.

But now, a new report says that Disney is going to be pulling back on such physical releases for older catalog titles, at least outside of its major properties. Instead, the company will focus on 4K digital releases.

Per The Digital Bits, which cited multiple sources, Disney has “made an internal decision to suspend the 4K Ultra HD release of live-action catalog titles from both their own vaults and those of their newly acquired 20th Century Fox label.”

The change will not apply to Disney’s major cash-cow brands like “Star Wars,” Marvel, Disney Animation or Pixar. The report added that such releases may take place in the future with “Avatar,” and possibly also other movies directed by James Cameron that are part of the old Fox library, such as “Aliens” and “True Lies.”

Disney bought the former 20th Century Fox movie studio from News Corp, in a deal that closed in the spring of 2019. A big part of the deal was making Fox’s intellectual property, including the “X-Men” and “Avatar” films, available on Disney+, but the deal also included nearly a century of films from Fox’s long history. However, Disney has also drawn fire since the merger for not making Fox catalog titles available to repertory theaters, at least prior to the closure of such theaters due to the pandemic.

Amazon’s current “Top Selected” list of the top “4k Disney movies” is dominated by Disney animated movies, with “Wreck-It Ralph” first, followed by “The Incredibles,” and “The Incredibles 2,” while Pixar’s “Coco” is fourth. Fifth is “Sing,” which is not a Disney movie—it was put out by Universal’s Illumination—but is miscategorized as such.

The full series 4K Blu-ray of “Game of Thrones”—which is not a Disney property—is set for release on November 3.