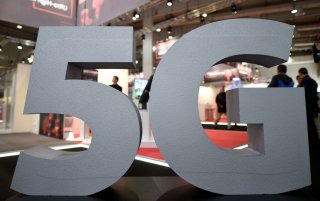 Speedcheck, a website that measures the speed of Internet connections based on user data, has put out new rankings and a new report, which indicates that the United States has quite a ways to go in the progress of its 5G rollout.

According to the site’s latest 5G Speed Index, which is “based on the tests performed by Speedcheck users around the globe,” the United States ranks seventeenth in the world in the categories of both 5G (Median) speed and 5G (Top 10 percent) speed.

In both measurements, South Korea is first and Australia is second. South Korea wins the average speed ranking by far, with 428.72 Mbps, more than tripling Australia’s score of 142.22 Mbps. On the Top 10 percent side, South Korea also wins big, with a speed of 780.84, compared to Australia with 529.3.

Why does the United States rank so low in 5G speed? According to a blog post by Speedcheck, it’s a combination of “regulatory decisions, geopolitical tensions, and suboptimal network configurations.”

The blog post, by Speedcheck’s Technical Analyst  Adriano Giaquinta, M. Sc., and Chief Technology Officer Dr. Thomas Martin, does show some optimism that 5G conditions could improve in 2021. One reason for that is operators will use the new C-band spectrum.

“The good news, however, is that these new frequencies should finally bring the dramatic shift in 5G performance for which consumers and businesses in the US have been waiting impatiently,” the site said.

“2020 was supposed to be the year in which 5G revolutionized the telecommunications industry, with breakneck speeds and super-low latencies. Everyone—from chip manufacturers to cellular carriers and smartphone brands—promised how amazing 5G would be,” the post said. “And while this has happened to some extent, the real-world results of 5G so far have been, at best, underwhelming, and, at worst, no better than former generations of mobile communications.”

5G download speeds across the United States, the website said, were only 2.7 times faster than 4G speeds in the later part of 2020.

“A more in-depth analysis of the same data reveals that 5G users experienced substantially faster connections in only 69% of the cities where the new technology was deployed last year,” the site said. “In the remaining 31% of the cities, the new cellular technology was either slower or only moderately faster than 4G (and, anyway, not better enough for many consumers to justify an early purchase of a 5G-enabled phone).”

Why is the 5G so fast in South Korea? According to a Korea Herald story last year, South Korea “was the first country to commercialize the latest generation network,” and South Korea’s top carriers have agreed to spend  25.7 trillion won ($23.3 billion) on upgrading its networks.