Afraid Comcast Is Slowing Your Internet Thanks to 'Free Wi-Fi' Using Your Router? We Have Answers. 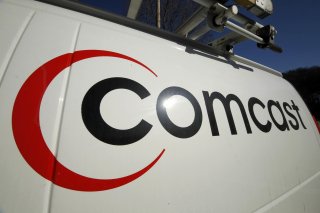 The Wifi services offered by Comcast—at-home and outdoor, as part of secure home networks and for guests, and during emergencies such as COVID-19—have sometimes been the subject of a great deal of confusion.

In June of 2013, Comcast announced plans to create what it called a Home-Based Neighborhood Hotspot Initiative, which would put online what it described as "millions of Xfinity WiFi Hotspots."

This worked by giving customers an additional "xfinitywifi" signal on their home routers, which Comcast described at the time as "completely separate and distinct from the family’s private and secure home WiFi signal." This, the company said, would offer "friends, relatives, visitors and other Xfinity Internet customers instant, easy access to fast and reliable WiFi."

The change would roll out with the company's then-new Wireless Gateway products, which featured a pair of WiFi signals on each router: One for the customer's secure, password-protected home network, and a second for the xfinitywifi network, which could be used by others, whether visiting friends or contractors.

This existed alongside the outdoor and business access points that Comcast was already offering its customers, for outside-the-home use, also under the “xfinitywifi” signal.

The initiative began with a trial in 2012 in Pennsylvania, New Jersey, Virginia and the Washington area, before the formal announcement in 2013. Then, in the summer of 2014, the Houston Chronicle reported that Houston was the initiative's first major market, with the rollout of 150,000 hotspots.

This action was followed by a round of skeptical news stories, and even a lawsuit that was filed in California in 2014, and later dismissed.

Comcast still offers these hotspots, from the bifurcated home routers. But the signals that come from the home routers are not what drives the overall outdoor xfinitywifi network. And, customers are given the option of opting out of xfinitywifi.

"These [home-based] access points are designed to support our customers and their guests and are not intended for broad public use," a Comcast spokesman told The National Interest. "They cannot support the volume of users that the business and outdoor hotspots... can handle."

While if someone is walking down the hall of a crowded apartment complex, a nearby home signal might bleed out into the hallway. However, the signals meant for widespread public usage come from businesses and other public hotspots.

Additionally, the company's recent move to open up xfinitywifi access for free to the public, which was introduced at the start of the coronavirus epidemic, is completely separate from the home router-based network and does not derive from home customers' routers.

On Comcast's Xfinity WiFi website, it lays out how the Xfinity Wireless Gateway works: "Two WiFi networks. One for you. One for your guests." Customers' routers contain two separate networks: The secure WiFi one, and the xfinitywifi one. This, among other things, allows Comcast customers to offer WiFi to their guests — provided they are Xfinity or Xfinity Mobile customers—without coughing up their home network password.

"They do not intersect, and you can't go from one to the other," the spokesman said.

Does this dual-network system slow down the router for the home network? And does this raise security concerns? Comcast says no.

The secure home and xfinitywifi signals, the Comcast spokesman said, are "two separate and distinct service flows.” It’s not physically possible for someone to hack one side of the router from the other side.

In mid-March of this year, around the time stay-at-home orders began in the U.S., Comcast announced that xfinitywifi hotspots would be made available for free, to anyone who needs them, during the coronavirus emergency, even to non-Comcast customers. This was announced along with various other measures the company has taken and since extended. Comcast has done this in the past, usually regionally, after hurricanes, wildfires and other disasters, but this is the first time this has been done on a national basis.

This led to concerns that users of the free Internet would be using the hotspots from paying customers' routers, but according to the spokesman, that's not the case. The hotspots that have been opened for the free access — one and a half million of them, Comcast says — are the ones from Comcast Business customers, as well as outdoors, and are on an entirely separate network from the home-based xfinitywifi signals. A map of the available hot spots is available here.

"If you are asked to pay for additional time, you are most likely logged into a residential hotspot, which are not a part of our COVID-19 open access," a Comcast website says.

For those who wish to opt-out of doing so, Comcast also offers instructions for disabling the Xfinity WiFi hotspot, although the company’s FAQ page states that "we encourage you to keep the Xfinity WiFi Home Hotspot feature enabled, as it allows more people to enjoy the benefits of Xfinity WiFi."

And of course, customers have the option of avoiding this altogether by buying their own wireless gateway.

A lawsuit filed against Comcast in California in late 2014, Toyer Grear et al v. Comcast Corporation, alleged nefarious motives in the hotspot program. The plaintiffs claimed that they had not authorized Comcast to make their router's signal available to the public.

The suit also claimed that Comcast had "externalized the costs of its national wi-fi network onto its customers," that Comcast's hotspots slowed down the speed of their home networks, and they potentially exposed customers' personal information. The suit grew a great deal of media coverage at the time.

A judge issued a stay on that suit in early 2015, and the case was ultimately dismissed. An attorney listed in the documents from 2014 as representing the plaintiffs, Ryan Kasey, did not respond to a request for comment. There do not appear to have been any other similar lawsuits against Comcast in the years since.

Ironically, one tweeter, a cryptographer at Johns Hopkins University, recently expressed disappointment that the Xfinity Hotspot routers were not being made available to the general public as part of the COVID-19 response.

So while many customers have day to day complaints about their cable, Internet service, or billing, it is not true that Comcast is making customers' paid home cable service available to non-paying customers, or putting their customers' security at risk with their routers.