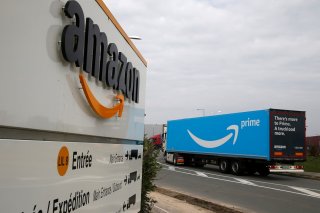 Amazon on Monday announced that it has decided to pay out $500 million in one-time bonuses to front-line employees, those who are at the highest risk of contracting the coronavirus.

“Our front-line operations teams have been on an incredible journey over the last few months, and we want to show our appreciation with a special one-time Thank You bonus,” Dave Clark, Amazon’s senior vice president of retail operations, wrote in a note to workers.

The e-commerce giant will pay full-time warehouse, Whole Foods and delivery workers a $500 bonus. Part-time employees will receive a $250 bonus, while Flex drivers who deliver packages for Amazon will receive $150 if they logged more than 10 working hours in June.

Store managers at Whole Foods are expected to receive a $1,000 bonus, and owners of Amazon’s third-party delivery services will get $3,000.

“My thanks and gratitude for the truly remarkable commitment to customers you have shown throughout this journey,” Clark wrote. “I have never been more proud of our teams.”

The bonus applies to both full- and part-time workers who were on Amazon’s payroll throughout the month of June, as well as teams in the U.S. and Canada.

In recent weeks, tensions have been rising between Amazon and warehouse workers, as many employees have voiced their concerns that the company hasn’t done nearly enough to protect them from COVID-19. Workers and 13 state attorneys general have called on the company to release more detailed information regarding coronavirus cases and related deaths among its employees.

Amazon has previously stated that it’s gone to “great lengths” to keep its facilities sanitized and make sure employees are following all of the necessary safety precautions, such as wearing face masks and practicing social distancing.

In March, Amazon announced that it would give a pay raise of $2 per hour to warehouse, delivery and Whole Foods employees. In addition, warehouse workers would be entitled to double overtime pay. However, the wage increases and double overtime pay came to an abrupt end in June.

Despite mounting criticism from its employees, Amazon defended its decision, saying that such salary boosts were warranted to “help meet increased demand” from online orders, which has since returned to more normal levels.