Are You Eligible to Receive Cash From Amazon? This Lawsuit Says Prime Shipping Failed 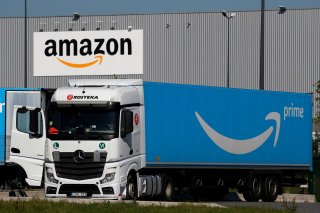 One Amazon Prime member is suing the tech behemoth for failing to uphold its promised delivery times during the COVID-19 pandemic.

The plaintiff, who is represented by the Law Office of James C. Kelly, is proposing the lawsuit to move forward as a class action. On behalf of all of these class members, the plaintiff is seeking monetary damages and aiming to require “Amazon to stop selling Amazon Prime membership until corrective disclosures are made.”

From mid-March till mid-May, Amazon placed most of its focus on delivering groceries and pharmaceuticals. This created sometimes long delays for those shopping online for “non-essential” items, which were most often ordered via Amazon Prime shipping.

The plaintiff claims that Prime members essentially lost two months of benefits with no compensation.

“To seize upon the lack of competition from retailers other than grocery stores and pharmacies, and to concentrate on satisfying a surge of new grocery and pharmaceutical customers, on March 17, 2020, Amazon announced to sellers that it was halting its Prime Delivery service and was ‘temporarily prioritizing household staples, medical supplies, and other high-demand products coming into our fulfillment centers so that we can more quickly receive, restock, and deliver these products to customers,’” the Amazon Prime shipping class-action lawsuit reports.

Within the past few years, Amazon bought the grocer Whole Foods and online pharmacy PillPack. The company then started offering grocery and prescription deliveries to compete with other large retailers like Walmart, Costco and Walgreens.

Nearly 70 percent of Prime members said that they use their subscriptions for fast and free Amazon Prime shipping—not for grocery or pharmacy deliveries, according to a recent poll cited in the lawsuit.

However, when COVID-19 stay-at-home directives took effect across the country, the plaintiff claims that Amazon essentially shut down the expedited shipping service to focus on the smaller percentage of customers.

If you’re interested in seeing if you are eligible to join the class action, you can send inquiries here.