No Prime For You: Amazon to Delay Prime Day to Fall, Report Says 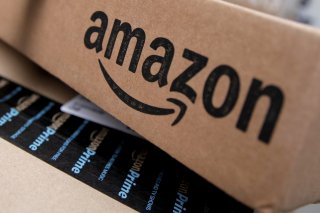 Amazon’s Prime Day, the annual sales event in which the e-commerce giant offers deep discounts on all sorts of products to its Prime customers, has been in place since 2015. But ever since the start of the coronavirus pandemic, there has been concern that this year’s event might not take place, at least not at the usual time.

The Wall Street Journal reported Thursday that this year’s Prime Day will likely be delayed to the fall, as the company seeks to “return to pre-pandemic business operations.” The report cited “people familiar with the matter,” who said the decision was made to give the company more time to get prepared for the massive amount of orders that day.

The report also said that Amazon is now allowing unlimited shipments of nonessential items to its warehouses, after placing restrictions on such items in the early days of the pandemic.

Amazon has not yet confirmed the shift, which would place Prime Day less than three months from the start of the holiday shopping season.

A report in April by Reuters, which cited internal meeting notes, had stated that Amazon was likely to push Prime Day back to August.

In recent weeks, Amazon has been linked to some high-profile, surprising potential acquisitions. Amazon was said to be in talks earlier this week to buy J.C. Penney, after that department store chain filed for bankruptcy, and earlier this month Amazon was reported to have interest in a purchase of the AMC movie theater chain.

In the newest edition of the Fortune 500, released this week, Amazon has jumped to the #2 spot, behind only Walmart, per Motley Fool. Amazon was fifth on the 2019 version of the list, but has since passed ExxonMobil, Apple and Berkshire Hathaway.

Amazon, as of Thursday, is currently the third most-valuable company in the world, with a market capitalization of $1.2 trillion, which places it behind only Microsoft and Apple.