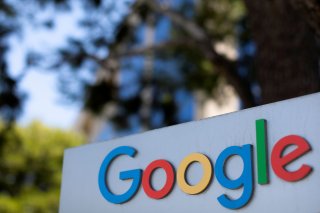 Google’s search results appeared to have suffered another glitch over the weekend.

However, these problems related to algorithms and rankings were considered minor compared to the search giant’s indexing system failure from last Monday, according to Search Engine Roundtable.

By Sunday, it “seems like this update was reverted or went back to the previous state,” the site added.

Many users, though, voiced their displeasure over what they thought was unpredictable behavior from Google.

“We are again seeing a massive Google Update again,” one user tweeted. “Please confirm. Trust me Google, you are now behaving weirdly.”

After the glitch was fixed, many breathed a sigh of relief.

“I'm still rising high and reached positions where I was after the *GLITCH*,” one user posted on a discussion board. “Seems like google has finally did justice to us and we are ranking where we should rank.”

Last week, a massive glitch disrupted search results and mixed up many page rankings. For example, there were screenshots of search results for “baked beans” that turned up recipes for teriyaki meatballs, sausage casserole and baked salmon, Search Engine Journal reported.

The problem has since been fixed, but it appeared to have affected search traffic worldwide for several hours.

“I don't have all the details yet, but it seems like this was a glitch on our side and has been fixed in the meantime,” tweeted John Mueller, a webmaster and trends analyst for Google. “If someone could fix the other 2020-issues, that would be great.”

In the company’s early years, Google only made a few updates to its algorithms, but today, it makes thousands of changes each year. In 2018, for example, it reported 3,234 updates—averaging roughly nine per day. Most of these updates, though, are so minor that they often go unnoticed.

One major algorithm change is in the works for next year, with Google sharing in public statements that the changes will emphasize “Page Experience” based on Google’s Core Web Vitals.

Google also announced that it will provide six months’ notice before rolling out the new update.