Apple to Debut a VR headset as Soon as 2022, New Report Says 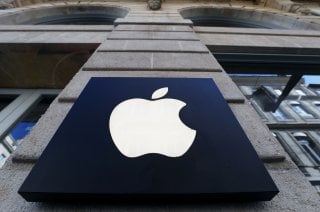 Apple is reportedly getting set to enter a new product category- one likely to arrive much sooner than the supposed Apple-branded car.

Bloomberg News reported Thursday that Apple is at work on a virtual reality headset, which the company expects to arrive on the market in 2022. Bloomberg stated that the headset is “a  pricey, niche precursor to a more ambitious augmented reality product that will take longer to develop.”

The VR headset, whenever it arrives, will offer a 3D environment, with applications for gaming, communication and entertainment. It has a codename of N301, the report said.

That other product in development by Apple is reportedly augmented-reality glasses, although that product, codenamed N301, is thought to be much further away, with its debut possibly as far away as 2023 or later.

As for the early VR product, it has had “several development hurdles,” leading to sales expectations that have been called “conservative.” The company is looking to create a “niche product,” with a price range of $300 to $900, which would make it more expensive than most of its rivals, which include Sony’s PlayStation VR, the Facebook-owned Oculus, and others.

Virtual reality has had occasional bursts of success over the years, including around the time the Oculus hit the market in the early 2010s. However, virtual reality has never quite broken through into a product with mass adoption, and last week’s virtual CES did not appear to feature VR as one of the more prominent product categories in terms of innovation.

As for the glasses, they would appear to be a much more advanced version of Google Glass, a Google product that had a brief moment of cultural relevance, also in the early 2010s. Google offered an “Explorer” program for the product, to the Silicon Valley set, but the public soon turned against the technology, due in part to the behavior of those who used it, who came to be known as “glassholes.”

Google Glass, despite its early buzz, never received a wide consumer release, although a version of the technology, known as the  Enterprise Edition, later gained widespread use in the medical field.

As for Apple’s other long-rumored, pie-in-the-sky product of the future, reports in recent months have made it appear that the Apple car might actually become a reality.

There were indications late last year that Apple is teaming up with Hyundai, the South Korean company, in collaboration on the car, and Hyundai even confirmed that such talks were taking place. Another recent report, by the Korean site eDaily, had Kia not only possibly teaming up with Apple on the cars, but even building them at a plant in Georgia.