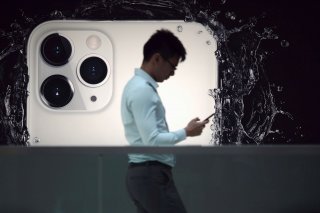 It’s been reported for several months that Apple, while going all-OLED with the panels for its iPhones this year, was diversifying its supply more than it has in the past. While previously, Apple usually depended mostly on Samsung, Apple reportedly contacted with LG Display and BOE for some of this year’s models.

Now, a report lists the number of panels ordered by Apple for the iPhones from LG Display at twenty million.

According to Nikkei Asian Review, LG Display is providing five times as many panels for the iPhone as it did last year, when it was approved for the first time as an iPhone screen supplier.

Samsung has ordered sixty million panels for this year’s iPhone, the report said. After reports that BOE would also join the supplier roster, and others that that company had not met Apple’s standards, that BOE is now “not anticipated to supply OLED panels for this year’s iPhone models,” but is expected to join the roster next year. BOE, the report added, has improved its product by adding former Samsung engineers.

The Nikkei report also said that Samsung currently holds a market share of over 80 percent of small and midsize OLED panels, meaning the kinds used in smartphones but not in TVs.

Apple, for the second straight year, has reportedly paid Samsung a fine, listed at $950 million, for purchasing fewer OLED panels than required by the terms of their contract.

Apple is expected to unveil its 2020 iPhone lineup in early September, with the phone arriving either in the later part of that month or in early October. So far, reporting from the supply chain has varied when it comes to exactly when the new line of iPhones will reach the market.

Samsung and Apple are both longtime rivals and also partners, and it was reported this week that Apple is now worth more than the entirety of all of the companies listed on South Korea’s main stock exchange.

It’s a big week for Apple, with CEO Tim Cook testifying before Congress along with other tech CEOs on Wednesday, while the company will announce its second quarter earnings on Thursday.