Apple Wants to Transform Your iPhone Into a Car Key 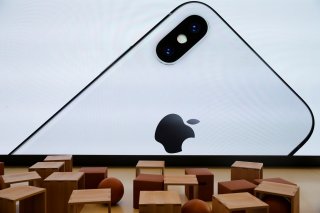 Apple announced the launch of CarKey, which can be used to wirelessly unlock and start a car with your iPhone, during the company’s Worldwide Developers Conference on Monday.

The first car to support this new feature will be the new 2021 BMW 5 Series, slated to come out next month.

Before using CarKey, a driver would have to pair their iPhone or Apple Watch with a vehicle that supports the new feature. Then all the driver would have to do is hold the device up to the car’s near field communications reader that’s usually situated near the door handle.

Depending on the user settings, the driver may have to do a face or fingerprint scan to unlock the vehicle each time they approach. There’s also an option called “Express Mode” that fully skips the biometric scan.

Inside the vehicle, the driver can place their iPhone on the 5 Series’ wireless charging pad, which lets the individual start the car and drive off.

Users of CarKey will also be able to share digital keys with a family member or a trusted friend via iMessage—with or without restrictions. For example, the driver can set a time limit on how long a shared key can have access to a car.

Apple also highlighted the security benefits of CarKey, saying that digital keys can be deactivated remotely via iCloud if a phone is ever lost or stolen.

The Cupertino, California-based company said that it is working with industry groups to bring its digital key features to even more vehicles in the future. The tech giant aims to eventually establish an industry standard using its U1, or ultra-wideband chip, within the next year.

CarKey will be supported by Apple’s soon-to-be released iOS 14 and the current version, iOS 13.

Other carmakers already do offer digital keys that have similar functionality, but they can be only utilized via separate apps—not directly a part of Apple’s operating system. The Tesla Model 3 was the first to allow drivers to use their smartphones as a key to drive the vehicle.

Also during the conference, the company announced updates to its Maps service, including a feature that would take into account an electric car’s make and model and battery level. It will be able to locate charging stations along a route as well.