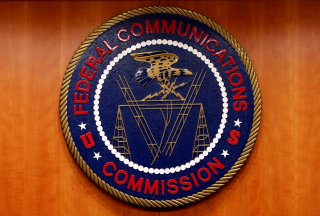 The Federal Communications Commission, as part of a flurry of activity ahead of the departure next month of Chairman Ajit Pai, took steps towards bringing forward ATSC 3.0, the standard for “Broadcast Internet” known as “Next Gen TV.”

“The advances in spectrum efficiency provided by ATSC 3.0 means that broadcasters will continue to provide high-quality, free, over-the-air digital television while also having the extra capacity to complement the nation’s 5G wireless networks with Broadcast Internet data services,” the FCC said in a statement. “The Order’s clarification of the fee structure pertaining to ancillary and supplementary services ensures that television broadcasters can easily partner with third parties to provide new services without the risk of having to pay the federal government excessive fees.”

ATSC 3.0 is not the same thing as the digital TV transition that took place in 2009, as it is not mandatory.

FCC Commissioner Jessica Rosenworcel, who has been mentioned as the favorite to chair the FCC in the Biden administration, issued her own statement, in concurring with the full FCC’s decision.

“While we’re doing so much watching, there is change on the horizon. That’s because a new broadcast standard is coming to enhance our viewing,” Rosenworcel said. “ATSC 3.0 promises to deliver Ultra High Definition picture quality and immersive audio, along with advanced emergency alerts and new interactive services. This is good stuff. It could mean real innovation in broadcasting—on par with new services that have emerged on so many of the other screens around us.”

Also last week, the FCC voted to affirm that it considers Huawei, the Chinese electronics giant that is banned from doing business in the United States, a “national security threat.” In doing so, the commission denied Huawei’s request for a review of that designation.

“In denying that application, the Commission today recognized the overwhelming evidence of Huawei’s close ties to the Chinese Communist Party and China’s military and intelligence apparatus, and affirmed the Bureau’s determination that Huawei poses a threat to the security and integrity of the nation’s communications networks or the communications supply chain,” the FCC said. “Specifically, the Commission’s review of the record found that Huawei is susceptible to Chinese government pressure to participate in espionage activities, and that Huawei’s close ties to the Chinese military present significant risk.”

The Senate, meanwhile, has confirmed Nathan Simington as an FCC commissioner. A former Commerce Department official who is said to have had a hand in drafting President Donald Trump’s order to crack down on the social media companies, Simington’s confirmation means the commission will have a 2–2 deadlock at the start of the Biden administration. That tie could remain in place, in the event that Republicans keep control of the Senate following January’s runoff elections in Georgia.