What Will the Next Presidential Administration Mean for the FCC? 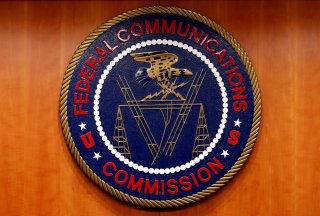 The Federal Communications Commission is the government agency that regulates the nation’s communications infrastructure. That means everything from the wireless spectrum to radio to television to (possibly) the Internet. In the past, the FCC has often dealt with actual monitoring of content, especially during Republican administrations—as longtime fans of Howard Stern can attest—but that mostly hasn’t been the case under current chairman Ajit Pai.

Pai’s tenure, aside from the early decision to reverse Obama-era rules on net neutrality and a general posture in favor of deregulation, has mostly been marked by ushering in the new era of 5G, although Pai has mostly avoided major culture war battles. After President Donald Trump issued an executive order in May to weaken the power of social media, the FCC has opened a public comment period.

Pai hasn’t said whether he would stay on for a second Trump term, although the Clinton, Bush and Obama administrations all appointed new FCC chairmen early in their second terms. But this week, there are reports indicating what both Trump and the Democratic nominee, former Vice President Joe Biden, will do at the FCC in the event they win the November election.

The Verge reported Friday that Trump is considering naming Nathan Simington, described as a “social media bias hawk,” as an FCC commissioner. Simington is currently a senior adviser at the National Telecommunications and Information Administration (NTIA) and is said to have played a part in drafting Trump’s executive order to regulate social media.

Simington, if nominated, would replace Michael O’Rielly, a current commissioner, who has expressed skepticism about the First Amendment implications of that executive order. In August, the administration withdrew O’Rielly’s nomination for a third term, although he had also clashed with the administration over 5G policy. It’s unclear, per the Verge report, whether Simington or another nominee would be announced prior to the election.

Meanwhile, Protocol this week published an interview with Jessica Rosenworcel, a Democrat and current FCC commissioner, who is “widely considered among the frontrunners to lead the Federal Communications Commission under a Biden administration.” In the interview, Rosenworcel expressed opposition to the Trump executive order, criticized the administration for “retaliation” in pulling O’Rielly’s re-nomination, discussed the TikTok controversy, and spoke out in favor of net neutrality. She also revealed that someone using the name “Fred Flintstone” had filed a public comment about the executive order.