AT&T to Close 250 Stores, Cut Thousands of Jobs. Here's Why. 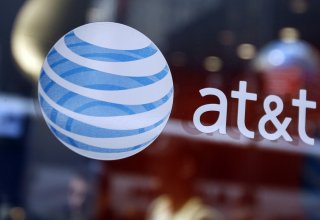 The latest major corporation to announce big job cuts, at least partially as a result of the coronavirus pandemic, is AT&T.

Axios reported that AT&T is closing 250 retail stores, having an impact on 1,300 retail jobs, across both AT&T and Cricket Wireless-branded stores.

In addition, the company is "planning widespread job cuts that include managers and executives, in addition to 3,400 technician and clerical jobs," the site reported. AT&T said the cuts had been planned already, but were accelerated by the pandemic.

"As a result [of lower demand for some legacy products], there will be targeted, but sizable reductions in our workforce across executives, managers and union-represented employees, consistent with our previously announced transformation initiative," AT&T said in a statement to Axios. The laid off workers will receive severance pay, along with six months of company-provided healthcare, the report said.

"Additionally, we’ll be eliminating more non-payroll workers — the vast majority of which are outside the United States — than we are managers or union-represented employees."

AT&T didn't make clear what those legacy products are. AT&T is known to have lost over a million pay TV subscribers across its businesses in the first quarter, led by the sharp decline of its DirecTV business. In a quarter in which every major TV provider lost subscribers, DirecTV bled the most of all, losing nearly 900,000 subscribers.

There was a CNBC report last month stating that bankers see AT&T getting ready to dump DirecTV, due to pressure from shareholders for the company to reduce its debt load. No such deal, however, has yet materialized.

The layoff news comes the day after T-Mobile, following the completion of their merger with Sprint, announced job cuts of their own.

The Communications Workers of America, the union that represents AT&T employees, issued a statement in response, arguing that "instead of cutting jobs, AT&T must lead the recovery." The CWA noted that a hedge fund,  Elliott Management, had purchased an AT&T stake last year. CNN reported last October that AT&T had reached a deal with the firm to make changes sought by Elliott.

“If we are in a war to keep our economy going during this crisis, why is AT&T dismissing the troops?” Communications Workers of America President Chris Shelton said in the statement. “CWA and AT&T have been working together to protect worker and customer health and safety and to provide premium pay for essential workers. The company showed an interest in investing in its workers and its network by cancelling planned stock buybacks. AT&T could help lead the country toward recovery by partnering with its workforce to build next generation networks. Instead the company is adding to the pain of the recession already underway.”