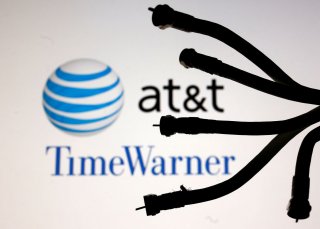 HBO Max launched a week ago, and after controversies involving the streaming services’ lack of a deal with Roku or Amazon, there’s another new matter of contention. It turns out HBO Max is exempt from mobile data caps for AT&T users, something that’s not the case for Netflix, Disney+ and other, non-AT&T streaming services.

That’s according to Tony Goncalves, the AT&T executive in charge of HBO Max, in an interview with The Verge this week.

The way it works is, HBO Max is part of AT&T’s “sponsored data” system, in which HBO Max pays AT&T to “pay to excuse its services from data caps.” But because AT&T and HBO Max are the same company, it’s money out of one pocket and into another.

AT&T’s data caps are currently suspended through June 30, due to the coronavirus pandemic.

AT&T later defended the decision in a statement to the website Fierce Video.

“This is based on a Sponsored Data arrangement and is a program we offer on the same terms to any entities who wish to sponsor data for their customers,” the company said. “This is similar to arrangements many of our competitors have, we continue to support an open internet and have done so for more than a decade.”

As analyzed by The Verge, the move by AT&T is an example of what happens without net neutrality. The Obama Administration-era FCC had put such neutrality rules in place, a decision that was later reversed by the Trump Administration.

Per Ars Technica, the FCC ruled in 2016 that AT&T and Verizon Wireless had “violated net neutrality rules by letting their own video services stream without counting against customers’ mobile data caps while charging other video providers for the same data cap exemptions,” in AT&T’s case with DirecTV services following their purchase of the satellite company. This decision, however, was reversed by the FCC following the change in presidential administrations.

Even though HBO Max only launched a week ago, some movies left the service on June 1, after just four days, due to quirks in the timing of licensing rights. These included “Braveheart,” “Shutter Island,” and the original, non-Snyder Cut “Justice League.”