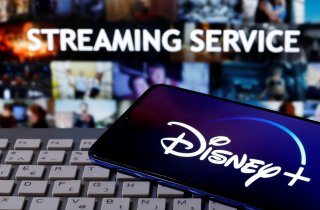 Whatever troubles are facing other aspects of Disney’s business, the company has had no trouble adding subscribers to its Disney+ streaming service.

Disney+ had 86.8 million paid subscribers the last time it announced the number in early December, and had 73.7 million in November, on its first anniversary.

At the same time, Hulu has a total of 39.4 million subscribers for its subscription on-demand service and Hulu + Live TV, compared to 30.4 million a year ago. ESPN+, meanwhile, nearly doubled its subscriber number year over year, from 6.6 million to 12.1 million.

The company has continued to be adversely affected by the pandemic, which has caused its theme parks to be either closed or at reduced capacity in most parts of the world, while Disney’s theatrical exhibition business has continued to be hurt by the coronavirus.

“We believe the strategic actions we’re taking to transform our Company will fuel our growth and enhance shareholder value, as demonstrated by the incredible strides we’ve made in our DTC business, reaching more than 146 million total paid subscriptions across our streaming services at the end of the quarter,” said Bob Chapek, the chief executive officer of the Walt Disney Company. “We’re confident that, with our robust pipeline of exceptional, high-quality content and the upcoming launch of our new Starbranded international general entertainment offering, we are well-positioned to achieve even greater success going forward.”

Near the end of the quarter, Disney announced a slate of more than one hundred new projects for the coming years, across its many properties, which will debut on Disney+ and in theaters, while also announcing a Disney+ price hike.

The earnings report was released less than twenty-four hours after Disney announced that actress Gina Carano, who had co-starred on the first two seasons of The Mandalorian, would no longer appear on that show or in any Disney+ properties after she was heavily criticized for offensive social media posts.