Beyond Prime Day: Why Customers Will Depend on Amazon This Holiday Season 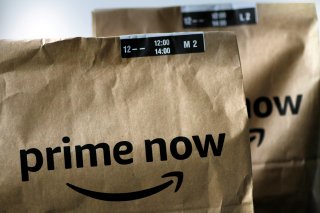 This week is Amazon’s much-delayed but long-awaited Prime Day, which is once again being held over the course of two days. The pandemic pushed the 2020 edition of Prime Day from its usual spot in the summer to October. This year, other retailers, including Best Buy and Walmart, held their own similar events the same week, while Apple announced new iPhones Tuesday, the first day of Prime Day.

The delay of Prime Day puts it much closer to the holiday season than it typically is. But a new study indicates that customers remain in the habit of using Amazon long after Prime Day is over.

According to new numbers released by Episerver, described as “the customer-centric digital experience company,” just over half of U.S. shoppers plan to buy either most or all of their holiday gifts this year on Amazon. Of the more than four thousand shoppers surveyed by the company, 42 percent said they plan to buy most of their gifts this holiday season from Amazon, while another 11 percent say they will use Amazon for all of their shopping.

The survey also found that more than half of shoppers will use their smartphones in doing so. And 83 percent of U.S. shoppers say free standard shipping—which is offered by Amazon to Prime customers—is “the number one service shoppers expect from brands and retailers.”

“As Amazon claims an increasingly larger share of the market, retailers and brands can no longer compete by using broad promotions to stand out or catch consumers’ eyes,”  Josh Schoonmaker, senior director of strategy, commerce at Episerver, said in the release of the survey. “Instead, retailers must draw consumers in with intuitive online shopping experiences, compelling content, and personalized recommendations or offers.”

Amazon has been a major financial beneficiary of the changes brought about by the pandemic, as the company’s stock has jumped from $1,906 a share on January 6 to $3,455 a share today, bringing the company’s market cap to over $1.7 trillion.

The first Prime Day was held in 2015, according to a history published by Amazon, in order to mark the company’s twentieth anniversary. Over the two-day event in July of 2019, there were over one million deals offered, and Prime members purchased more than 175 million items, earning tens of millions of dollars in Prime Day savings.

Walmart, which recently launched Walmart+—its own version of Amazon Prime—held a separate event this week. Per CNBC, in addition to that Walmart is dividing its “Black Friday” deals into three different events that will take place throughout the month of November, one of which will coincide with the actual Black Friday.