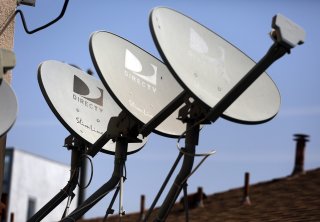 Leitchman Research Group has released its report on how many subscribers pay-TV providers lost in the year 2020, and it was a high number- although not that much higher than in 2019.

The numbers applied to around 95 percent of the overall TV market. At the same time, Leitchman said earlier in the week, the major companies gained about 5 million broadband subscribers.

Satellite services lost the most subscribers, dropping more than 3.4 million, while the cable companies lost 1.9 million, and vMVPDs gained just over a million, as gains were blunted by price increases.

Meanwhile, AT&T, which recently sold and spun off its video business, lost more than 2.3 million customers across all of its video services, DirecTV, AT&T U-verse, AT&T TV, and the now-discontinued AT&T TV NOW.

“Net pay-TV losses of over 5 million subscribers in 2020 were slightly higher than in 2019, and more than in any previous year,” said Bruce Leichtman, president and principal analyst for Leichtman Research Group, Inc, said in the release.  “Overall, the top pay-TV providers lost 5.9% of subscribers in 2020, compared to 5.2% in 2019.”

On the satellite side, the losses continued, as DirecTV lost over 3 million subscribers and Dish Network lost 408,000. Of the telecom companies that offer pay-TV service, Verizon lost 302,000 subscribers and Frontier lost 146,000, although AT&T U-Verse managed to eke out a gain of 42,000.

YouTube TV was not included in the survey, since Google does not release exact statistics of subscribers for that service. The company said last fall that YouTube TV had 3 million subscribers to the service.

Leichtman indicated that growth is slowing for the vMVPD sector, which gained 1,095,000 subscribers in 2019. Most of the major players in that market raised prices over the course of 2020, as programming costs increased.