CES 2021: Your Preview to the Ultimate Technology Show 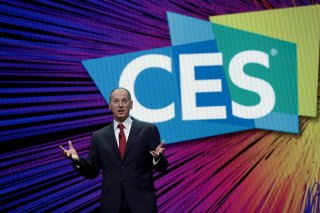 Earlier this year, the Consumer Technology Association, which owns and produces International CES, announced that the 2021 version of the event would take place virtually. CES normally takes place in earlier January at multiple convention centers in Las Vegas, and the nation’s largest trade show.

After giving some consideration to a partially in-person show, CTA announced in July that the show would be entirely digital and later said that Microsoft would be its primary partner in the technological presentation of the show.

On Tuesday, CTA held a forty-minute press briefing to lay out how the 2021 CES will work. Taking the place of the “CES Unveiled” event that typically takes place in New York in early November, the briefing made some announcements about keynote addresses, as well as the logistics of the all-digital show. The briefing was prerecorded, with the exception of a Q&A period at the end.

“This past year has been unlike any other,” CTA president and CEO Gary Shapiro said at the briefing. “We’ve been challenged, but we’ve also had opportunities, and the opportunity has been, as a world, we’ve moved to this digital transformation quicker, and by several years [than] we would have otherwise. We’ve been forced to adapt, and we have. And so has CES.”

More than one thousand companies are participating in the 2021 show, Karen Chupka, executive vice president, CES, said in the briefing.

“We knew that we couldn’t just take the existing trade show setup and move it online,” Jean Foster, CTA’s senior vice president of marketing and communications, said in the presentation. “We wanted CES to be a collaborative experience, we wanted to encourage connections between the attendees and the exhibitors across the show, just like they would in real life. So we threw out the playbook, and we decided not just to recreate CES, but also to reimagine it.” Foster added that CTA, in planning the show, drew on what sports and entertainment industries have been doing in the coronavirus era, and not only examples from the trade show industry.

Even though Microsoft stopped participating in CES as an exhibitor several years ago, the company was named as the technology partner for the 2021 CES back in October, with the show utilizing Microsoft Azure, Microsoft Teams and Microsoft Power Platform, among other Microsoft products.

“Whether it’s the exhibitor showcases or the press conferences we’ll do, or the sessions and the networking, and hopefully so much more for all of you, it really is exciting to be able to share all of the innovation and the partnership and the result of the hard work over the last couple of months,” Bob Bejan, Microsoft’s corporate vice president of global events, said in the briefing.

Shapiro added that the investment made in the virtual CES, on the part of the organizers, has been “in seven figures.” Shapiro also said that while the 2022 edition of CES will have a digital component, CTA hopes to also host a “physical” show in Las Vegas a year from January. Hundreds of exhibitors, he said, have already signed up for a live show in 2022.

The 2021 show will run from January 11-14. Jan. 11 will be media day with numerous major companies—including Samsung, LG, Panasonic, Hisense, and TCL—holding press conferences to unveil new products, with the remaining days of the show containing virtual exhibits, as well as one-off events. There will be over one hundred hours of programming over the course of the four days, and the main topics this year will include 5G, smart cities, health care technology, transportation technology, broadband, privacy and more.

CTA announced Tuesday that Corie Barry, the CEO of Best Buy, will appear as a keynoter, in a conversation with Fortune’s Alan Murray. Barry took over as CEO shortly before the start of the pandemic, and will discuss the many moves the company took throughout the pandemic, including how Best Buy moved to curbside pickup “in three days,” Shapiro said.

In addition, the event will feature a panel on a topic of great significance these days: “Privacy and Trust with Amazon, Google and Twitter.” Participants will include Keith Enright and Damien Kieran—the chief privacy officers of Google and Twitter—and Amazon’s Director, of Alexa Trust, Anne Toth. Rajeev Chand of Wing Venture Capital will moderate.

Shapiro also announced that the digital show will feature a “live anchor desk” throughout, with such anchors as Justine Ezarik of iJustine, Rich DeMuro of KTLA, Naomi Kyle of “The Ready Room” and tech host Brian Tong of CNET. The desk will feature highlights of the show, as well as interviews with newsmakers.

Shapiro also talked a bit about the importance of TV, with major manufacturers expected to debut new technology at the event in January.

“TV is still the king,” Shapiro said. “About 90 percent of at least American homes rely upon that big TV set, and they’ve gotten bigger TV sets, we’ve shifted from 4K to 8K, the home viewing experience is amazing, the focus on streaming has grown rapidly. And even with the decline in formal sports programming, we’ve seen a great, great interest in investment in the video screens around for all sorts of things, and content and entertainment are obviously very big.” The show will focus on many things that have become more important with the pandemic, such as the ability to work from anywhere.

More announcements are coming prior to the show, CTA said.

Shapiro added that “public policy” will be discussed at CES, with the new administration arriving in Washington, although there has been no announcement of anyone from the incoming administration appearing at the event. The FCC chairman, including Ajit Pai last year, has often appeared for a speech or discussion at CES.

The other big announcement from the briefing was the unveiling of the winners of the CES 2021 Innovation Awards, which picked some of the best new products that will be exhibited at the show.

CES is an international event that draws from everywhere, including a large contingent from China each year. Shapiro said that CTA has been having discussions about what to do about the 2021 CES since at least February.

“We decided that for what CES is, and what it means to our attendees and our constituency, and all of our customers, we had to do something special. We had to create our own [show] that met those needs,” Shapiro said. “And when we looked at what’s important, what was important was the connection that could be made, the serendipity, the discovery. The joy of learning, the exploration, the ability to discover new innovations, and the ability to connect with other people.

“We can’t recreate, obviously, some of the things in Las Vegas, like the gambling, and the ambiance, and as I said earlier, the face-to-face five-sense contact. But we tried to do other things.”