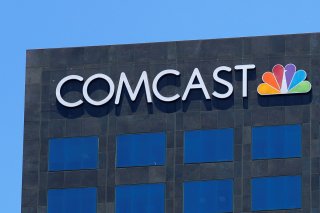 Back in late August, Protocol reported that Comcast was in talks with various TV manufacturers to put a version of its X1 cable technology on TVs. The technology, in the event of a deal, would “turn the software running on its set-top boxes into an operating system for smart TVs.”

In remarks this week, the CEO of Comcast confirmed that such plans are taking place.

Comcast chief Brian Roberts was interviewed at the Goldman Sachs Communacopia event this week by Brett Feldman, Goldman’s U.S. telecom cable and media analyst, and he discussed the company’s plans.

“We’re early days, but we’re looking at smart TVs on a global basis, and we’re wondering—can we bring our same tech stack for certain capabilities in aggregation to consumers who are relying more and more on smart TVs?,” Roberts said, per a transcript by Seeking Alpha. This follows Comcast’s recent move towards syndicating the X1 platform to other cable providers.

In its most recent quarterly earnings report, Comcast posted revenue of $23.72 billion and 69 cents adjusted earnings per share, while also posting 477,000 net losses of pay-TV customers.

“One of the big pivots of Comcast the last decade is to really follow our customers’ needs and try to anticipate them and be a company that meets them. So in video with some customers who want it all,” he said. “And other customers want to just be streaming. That may be because of financial reasons, habits, age, you name it . . . so video is very much part of our strategy and the DNA of the company.”

The CEO was asked about the film and TV production question, as Comcast owns a TV network, a movie studio and other entertainment properties.

“Film is a long—is the longest business perhaps of our businesses. And so it’s hard to know at the moment where you are in the cycle, but I think we’re taking a lot of right steps.” He added that “that we feel really strongly that it’s important to have a long-term sustainable business for movie theaters and also take what [will] allow people access to more content on a timely basis.

Comcast’s NBC Universal reached a landmark agreement this summer with AMC Theaters to reduce the home release window for premium video on demand movies to as short as seventeen days.

“The second quarter was the low-water mark,” the CEO said. “Sports have returned. Productions resumed. New content. We have strong advertising partnerships, which starts with our strong brands.”