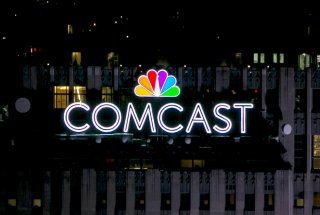 Even though coronavirus has left the nation’s TV viewers with a lot more time to watch TV, that doesn’t mean DVR backlogs don’t still exist.

Comcast has since made a change to make things easier for customers who have a lot of backed up shows to watch.

According to an Xfinity FAQ page, first spotted by Light Reading, Comcast has increased the maximum storage capacity of its cloud DVR for some X1 customers from 60 hours to 150. The change began rolling out in April and is expected to wrap up by the end of June, the report said.

“You have 60 hours (150 hours in some locations) of X1 Cloud DVR storage for each X1 DVR TV Box on your account,” the Xfinity page says. “If you exceed your limit, your most recent recordings will replace older recordings unless the older recordings are marked as Save for 1 Year.”

That particular DVR concept, which places the programs in the cloud rather than physically on the customer’s DVR, began testing in 2013 and rolled out soon afterward. According to Light Reading, the vast majority of Comcast customers are now on the X1 platform.

Cloud DVR has since become mostly the standard, with most vMVPDs (Virtual multichannel video programming distributors) like YouTube TV, Sling TV and Hulu+ Live TV offering their customers cloud DVR storage, although how much storage, and at what price, differs from provider to provider.

The move would appear to be part of an effort by Comcast to retain customers. The company lost more than 400,000 net pay TV subscribers in the first quarter of 2020, as part of the cord-cutting exodus during the early days of coronavirus. The company did gain Internet subscribers in the quarter. Comcast also reached a deal on the day of HBO Max’s launch, to make HBO Max available to its customers, including those who were existing HBO subscribers.