In Cord-Cutting Watershed, NBCSN Is Shutting Down 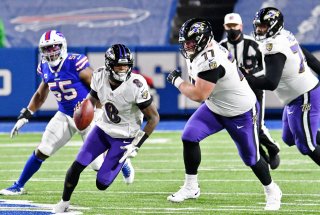 Throughout the rise of the cord-cutting phenomenon, one thing that has kept a lot of people from taking the plunge has been that a lot of sports are available on standard cable.

Now, one of the major channels offering sports in shutting down.

NBCSN, also known as NBC Sports Network, will shut down at the end of the year, the company announced Friday, per Deadline. The network first launched as Outdoor Life Network in 1995—and broadcast Lance Armstrong’s Tour de France Wins—and was known for a time as Versus before it was relaunched as NBCSN in 2012, which was after Comcast bought NBC Universal.

The network was best known for most of its run for showing NHL hockey, NASCAR, and English Premiere League Soccer, with numerous Americans discovering soccer for the first time once NBCSN got the American rights to the English soccer league in 2012. The channel also showed some of NBC’s Olympic coverage.

Since the launch of Peacock last year, the company had been moving some soccer matches to that streaming service, leading to a lot of confused Premiership fans on Twitter the first few Saturday mornings of the season.

“At the conclusion of 2021, we have decided that the best strategic next step for our Sports Group and the entire Company is to wind down NBCSN completely, with key elements of NBCSN’s programming moving to USA Network and, in some cases, Peacock for 2022 and beyond,” NBC Sports Chairman Pete Bevacqua wrote in an internal memo, obtained by Deadline.

“This will make USA Network an extraordinarily powerful platform in the media marketplace, and gives our sports programming a significant audience boost.”

NBC also has NBC Sports regional networks in several cities, including Boston, Chicago and Philadelphia. Those networks are not shutting down, but all have been cutting costs in recent years, with the Philadelphia and Boston networks cutting personnel last week.

What the impending death of NBCSN, it appears clear the direction sports broadcasting is going in: Namely, streaming. NBC Universal is clearly hoping that hockey, soccer and NASCAR fans, with the loss of the network, will sign up for the premium tiers of Peacock, and find it an indispensable part of their media diet as a sports fan.

Sinclair Broadcast Group, which bought the group of channels formerly known as Fox Sports and will rebrand them as Bally’s Sports, is planning to introduce a “direct-to-consumer” offering, which would theoretically allow sports fans to subscribe to a package giving them their local team’s games, without having to get cable.

It’s not clear if the Sinclair offering would offer everything, and whether the leagues will go along with such arrangements. But between that and the imminent shutting of NBCSN, it’s clear the direction that sports streaming is going.