Coronavirus and Politics: The Reasons for Sports Rating Declines? 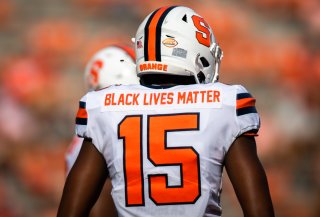 Amid the ongoing coronavirus pandemic and calls for racial justice nationwide, nearly half of self-described sports fans say they are spending less time watching live sports broadcasts than in the past, according to a new poll conducted by the Marist Center for Sports Communication.

“Whatever the reason, far fewer people are making sports a priority during a fall in which many can’t gather together in large groups, and where bars and restaurants nationally may have reduced indoor capacity due to the coronavirus,” Jane McManus, the director of the Marist Center for Sports Communication, said in a news release.

However, at the beginning of the pandemic, many experts expected sports viewership to rise considerably once games came back.

“There was an assumption that once sports returned, sports fans would leap at the opportunity to watch more,” McManus said. “But what ratings and the results of this poll are telling us, is that fans may have other concerns at the moment.”

The poll also discovered a deep political divide among sports fans. When respondents were asked to describe the viewing impact of athletes’ calls for racial justice, 70 percent of Republicans said they are less likely to watch live sports for this reason.

Meanwhile, 61 percent of Democrats and roughly half of Independents said athletes speaking out about such topics has not changed their viewing habits.

Twenty-seven percent of Black sports fans added that they are watching live sports broadcasts more as a result, which is significantly more than 17 percent registered by White fans.

As for the specific reasons behind the decline in sports viewership, 35 percent of respondents reported concerns stemming from the spread of the novel coronavirus. Twenty-one percent of fans said the availability of other entertainment options is the chief reason they don’t watch, and 20 percent believe coverage of the 2020 presidential election has taken precedence over sports.

“The antipathy to social causes can’t account for a drop this large. It’s a whole combination of factors,” Dr. Zachary Arth, assistant professor of sports communication at Marist College, said in a statement.

“Take baseball, where Democrats (38 percent) and Republicans (37 percent) identify themselves as fans in roughly the same proportions. The sport faces a similar reduction in popularity as basketball, where the fan base is more diverse and more likely to identify as Democrats.”