Disney+ Is a Streaming Superpower: ‘Hamilton’ Was the Top Streaming Show in July 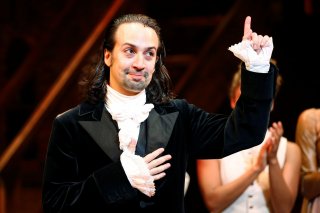 It’s generally known that after “Hamilton” debuted on Disney+ the first week of July, it both spurred a huge number of signups for the service, and that a massive number of people watched it. But the exact numbers of those signups and viewings remain unclear.

Some observers expected Disney, when it announced its quarterly earnings last week, to reveal numbers about “Hamilton.” And despite the company decorating its Investor Relations page with a photo from the musical movie, it did not reveal those numbers. In fact, the second quarter wrapped up on June 27, a week before “Hamilton” ’s Disney+ debut.

On Disney’s earnings call, per a Motley Fool transcript, CEO Bob Chapek called “Hamilton” “a huge success,” and added that “both Hamilton and [Beyonce’s recent “visual album”] Black Is King have clearly shown the power of the Disney+ platform for premiering world-class content.”

But the company did not state outright how many people watched “Hamilton” on Disney+. And the major pieces of news from that earnings call were that Disney+ will make “Mulan” available as a premium video-on-demand (VOD) purchase in September, and that Disney’s streaming three streaming services now have a total of over 100 million subscribers.

In the meantime, we do have some indication as to the musical’s popularity. First, Apptopia data found that the Disney+ app was downloaded more than 750,000 times around the world and nearly 459,000 times in the United States, in the days prior to the movie’s arrival on the service. Those numbers represented a 75 percent increase over a typical weekend for downloads.

Meanwhile, research firm 7Park Data, as reported by Variety Intelligence Platform this week, found “Hamilton” was by far the most popular streaming show or movie in the month of July, across all services.

Per the 7Park numbers, which were drawn from “a census-balanced panel with a range of 15,000-25,000 U.S. households watching via connected TV,” a full 37.1 percent of those surveyed watched “Hamilton” during July. Second, with 13.7 percent, was the Netflix series “Unsolved Mysteries,” followed by the Netflix movie “The Old Guard” (10.6 percent), the Amazon series “Hanna” (9.6 percent) and the Hulu movie “Palm Springs” (8.1 percent.)

In 7Park Data’s measurement of top streaming titles by time spent, “Hamilton” was also first in July, with 8.7 percent, while the second and third were legacy shows “Grey’s Anatomy” and “The Office,” both of which stream on Netflix. “Hanna” was fourth, and “Unsolved Mysteries” fifth.

And when it came to time spent on individual services, Netflix remained on top with over 500 average minutes per month, followed by Hulu (320), Amazon Prime (291) and Disney+ (246.)

The lack of certainty about viewership for “Hamilton” is part of a trend, as pointed out by Fast Company recently, of viewing statistics being opaque when it comes to streaming services and premium VOD rentals, especially during the pandemic.

Before the shutdown of movie theaters, the weekly box office numbers were something of an official way to “keep score” of the performance of movies, while Nielsen figures measured TV ratings. But when it comes to the new generation of at-home entertainment, those analyzing how well certain content has done have had to go on incomplete information, often provided either by the companies themselves or by third-party research firms.