Dolby Atmos: Is It Worth the Added Cost? 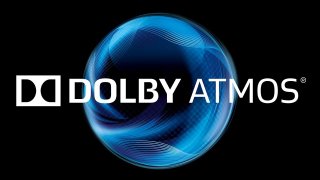 Dolby Atmos has been available in movie theaters since 2012, and began being included in products for the home a couple of years after that. The Dolby Atmos system entails adding height channels, in order to create the impression of “3D” sound.

“Dolby Atmos is an audio format that picks out unique sounds in a movie or game and outputs the audio through specific speakers in the home theater layout. Unlike other audio systems where the recorded sounds are relayed through all speakers, Atmos arranges specific object-based audio to be transmitted through particular speakers that emulate that object’s real-life spatial occurrence,” the site said.

The site also looked at whether it’s worth it to pay what it takes to have Dolby Atmos functionality.

“Dolby Atmos’ being able to create a near real-life listening experience from a movie, video game, or film recording makes it absolutely worth it. This object-based audio system takes watching movies. It’s the “.1” in a 3.1, 5.1 or 7.1 surround sound to a whole new level by creating a ‘bubble’ in which sound comes from all angles.”

“Apple Music is making its biggest advancement ever in sound quality,” Oliver Schusser, Apple’s vice president of Apple Music and Beats, said in Apple’s announcement. “Listening to a song in Dolby Atmos is like magic. The music comes from all around you and sounds incredible. Now we are bringing this truly innovative and immersive experience to our listeners with music from their favorite artists.”

Describing Dolby Atmos as “a revolutionary, immersive audio experience that enables artists to mix music so the sound comes from all around and from above,” and stated that beginning in June, Apple Music will automatically play tracks in Dolby Atmos, on “all AirPods and Beats headphones with an H1 or W1 chip.”

Sonos, a year ago, announced that it would soon debut its first-ever Dolby Atmos-supporting product, a “premium smart soundbar” calling the Sonos Arc. As of that time, Sonos said, Dolby Atmos-enabled content was available from 25 video streaming services and TV providers. Sony and LG also brought out new Dolby Atmos-enabled soundbars around the same time.

“We recommend you get a receiver that has both Dolby Atmos and DTS:X capability,” the site said in an explainer of the two technologies. “Then you will enjoy the widest variety of movies with the best surround sound available.”