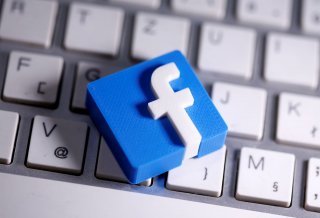 Pretty much everyone on all sides of the political spectrum believes that Facebook has mishandled how it deals with politics in the modern era.

Many Democrats have argued that the social media platform didn’t do enough to stop the spread of bogus news outlets during the 2016 campaign, including some that have been found to be backed by Russian intelligence. More recently, some liberal journalists have pointed out that the most-shared stories on the platform are often dominated by conservative sites.

Meanwhile, conservatives have frequently accused the company of bias against right-leaning sites, and of what they see as unfair banning or demonetization of those outlets. Moreover, these complaints came before Facebook took down a post by President Trump for the first time. Both arguments were aired, from opposite sides of the aisle, when Facebook CEO Mark Zuckerberg and other tech CEOs testified before Congress last month.

Now, Facebook has announced a change to how it deals with partisan news—one that appears unlikely to make either side especially satisfied.

In a post titled “A New Policy for News Publishers Connected to Political Entities,” the Facebook Journalism Project said Tuesday that it is adopting a new policy related to “news publications that are connected with different types of political entities, including political parties, PACs, politicians, and other organizations that can primarily engage in the influence of public policy or elections.”

“Today, we’re introducing a new policy that will prevent publishers in the U.S. that are structurally tied to the types of entities described above from claiming the news exemption within the ads authorization process,” the post said. “Pages with these connections will still be allowed to register as a news Page and advertise on Facebook, but we’re implementing the following restrictions: news Pages with these affiliations will not be eligible for inclusion in Facebook News, and they won’t have access to news messaging on the Messenger Business Platform or the WhatsApp business API.”

The post does not mention any parties, organizations, or pages specifically. The definitions seem to apply very narrowly, in the sense that it probably wouldn’t result in consequences for most major news organizations, or even most prominent outlets that take a particular political line.

Some possible exceptions? The Daily Beast reported Tuesday on The American Herald, a website that presents itself as “a conservative news platform” but is, in fact, a project of America First Action, an “official” pro-Trump SuperPAC.

On the Democratic side, an entity called Courier Newsroom, which launched during the current election cycle, also presents itself as a news organization with different sites in different states. But Courier is actually backed by Acronym, described by Politico as a “Democratic-aligned digital organization.” That Politico story also said that Courier Newsroom had spent over $1.4 million on Facebook ads in the current cycle, as of mid-July.

It’s not clear if those organizations are the target of Facebook’s new policy, but the wording of the policy seems to indicate that it’s meant to deal with those sorts of outlets.