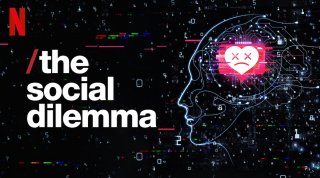 Back in early September, Netflix debuted a new documentary called "The Social Dilemma." The film, which debuted in January at the Sundance Film Festival, looks at the dangers of widespread social media on society.

"The Social Dilemma," which spent some time in Netflix's Top 10 list in September, was directed by Jeff Orlowsksi. The film utilized on-camera testimony from several former Silicon Valley bigwigs, including Justin Rosenstein, who created Facebook's "Like" button," but have since seen the harm that they believe social media can do.

The film also features dramatic scenes, in which actors portray a family suffering from smartphone and social media addiction, and others in which actor Vincent Kartheiser (from "Mad Men") portrays the personification of Facebook's A.I.

But now, Facebook has struck back at the way it was depicted in "The Social Dilemma."

In a PDF document posted to its website titled "What The Social Dilemma gets wrong," Facebook has attempted to rebut the insinuations offered in the popular documentary, which it claims "buries the substance in sensationalism."

"Rather than offer a nuanced look at technology, it gives a distorted view of how social media platforms work to create a convenient scapegoat for what are difficult and complex societal problems," the post says.

"The film’s creators do not include insights from those currently working at the companies or any experts that take a different view to the narrative put forward by the film. They also don’t acknowledge—critically or otherwise—the efforts already taken by companies to address many of the issues they raise. Instead, they rely on commentary from those who haven’t been on the inside for many years. Here are the core points the film gets wrong."

The post also denies that Facebook has been built to be addictive, or that its News Feed product is meant to encourage users to spend more time on the Facebook site or app.

Apple CEO Tim Cook once famously said, of companies like Google and Facebook, that if a product is free, then "you are the product." But in its letter about the documentary, Facebook states "you are not the product."

"Facebook is an ads-supported platform, which means that selling ads allows us to offer everyone else the ability to connect for free," the letter says. "This model allows small businesses and entrepreneurs to grow and compete with bigger brands by more easily finding new customers. But even when businesses purchase ads on Facebook, they don’t know who you are. We provide advertisers with reports about the kinds of people who are seeing their ads and how their ads are performing, but we don’t share information that personally identifies you unless you give us permission."

Facebook also denies that it does anything nefarious with its algorithm- and even points out that Netflix, which streams "The Social Dilemma," also serves its customers with an algorithm. The letter also states that Facebook has changed how it handles data, and denies that the company encourages polarization. And it made it clear that it believes users can trust it at election time.

"We’ve acknowledged that we made mistakes in 2016. Yet the film leaves out what we have done since 2016 to build strong defenses to stop people from using Facebook to interfere in elections," the letter says. "We've improved our security and now have some of the most sophisticated teams and systems in the world to prevent attacks. We've removed more than 100 networks worldwide engaging in coordinated inauthentic behavior over the past couple of years, including ahead of other major global elections since 2016."