Faster Than a Speeding Bullet: It’s the iPhone 13 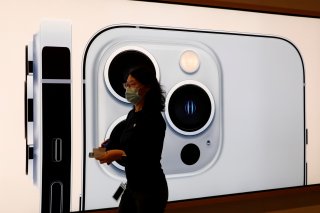 The latest line of iPhones is now available, with Apple releasing four new models last week, about a week after they were unveiled. The 2021 lineup has earned mostly positive reviews, even as most point out that the lineup doesn’t represent a major upgrade over the previous lineup from 2020. However, indications are that Apple is planning big changes to the iPhone lineup a year from now.

“From my testing on T-Mobile and Verizon, it looks like the X60’s advantage, if any, is in power efficiency and some future-oriented features that won’t affect you today. All in all, that means the radio isn’t a reason to choose an iPhone 13 to replace an iPhone 12. But the radio, plus the much better battery life, is the reason to choose the 13 over older models when buying your first iPhone, or replacing an older iPhone,” according to Sascha Segan, a mobile analyst for PCMag.

Segan also looked at whether upgrading is worth it for speed reasons. One reason to do so is that AT&T is shutting off its 3G network in 2022, with the iPhone 6 the oldest model surviving.

“The iPhone 13 does not appear to bring much new to the table in terms of immediate network improvements. But combining its future-friendly 5G with much better battery life makes it a smarter buy than the iPhone 12 series,” Segan stated in his analysis.

Back in August, PCMag reported that T-Mobile had become the fastest wireless network, also declaring that T-Mobile was “the only nationwide 5G that’s markedly faster than 4G.” AT&T had won the PCMag competition the year before, although things have changed of late, especially with 5G networks built out further and T-Mobile having completed its merger with Sprint.

“This year, for the first time, that choice is likely to be T-Mobile,” according to Segan’s analysis. “T-Mobile’s winning secret isn’t much of a secret: It’s mid-band spectrum, which T-Mobile calls ‘ultra-capacity’ 5G. Now covering more than 165 million people in cities large and small, these airwaves (bought with the Sprint acquisition) let T-Mobile’s network give consistent results between 150Mbps and 500Mbps of download speed. That’s far better than AT&T and Verizon’s 5G can do in most areas, and it secured T-Mobile’s win.”