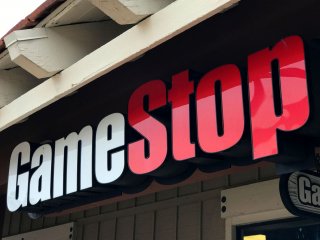 GameStop, in its earnings announcement Tuesday, reported a loss of $165.7 million, during the first quarter, when most of its stores were closed due to coronavirus. However, the company managed to show online sales that increased fivefold.

“During this unprecedented time, our priority is focused on ensuring the safety and well-being of our employees, customers and business partners as we continue the process of opening our stores as restrictions are lifted, in our ongoing effort to meet our customers’ needs,” GameStop CEO George Sherman said in a statement.

“We are proud of our team’s ability to quickly adapt to meet the increased demand for our product offerings. As the pandemic spread, we leaned in on our upgraded omni-channel capabilities to fulfill customer orders through curbside pick-up where available, we reduced discretionary spending and enhanced our liquidity while continuing to advance our strategic priorities.”

Those e-commerce sales increased 519 percent in the quarter, and by over 1,000 percent during the first six weeks of the lockdowns, the company said.

GameStop had closed all 3,526 of its U.S. locations on March 22. A few days earlier, per CNN, the company had declared itself “essential” and refused to close its stores, but the company later relented following an “outcry” from employees. The company did offer curbside service at about 65 percent of its stores.

The majority of GameStop stores were open by the end of May, although some closed again due to the nationwide protests.

The increased online sales are in line with recent reports that gaming, and sales of games, has surged during the coronavirus lockdowns. According to NPD Group, Americans spend nearly $11 billion on video gaming during the first quarter of 2020, a nine percent increase over the same period the year before.

“Video Games have brought comfort and connection to millions during this challenging time,” Mat Piscatella, games industry analyst at The NPD Group, said last month along with the release of those numbers.

“As people have stayed at home more, they’ve utilized gaming not only as a diversion and an escape, but also as a means of staying connected with family and friends. Whether it was on console or mobile, PC or virtual reality, gaming experienced play and sales growth during the first quarter.”