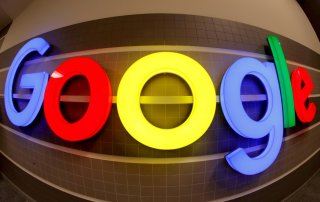 Google announced earlier this year that it was launching a major algorithm update in 2021 and that it would have Core Web Vitals as a key part of it.

The company describes the Core Web Vitals as “a set of real-world, user-centered metrics that quantify key aspects of the user experience. They measure dimensions of web usability such as load time, interactivity, and the stability of content as it loads.” The main considerations include “Largest Contentful Paint,” “First Input Delay,” and “Cumulative Layout Shift.”

Google has been saying that they will provide months of notice before the algorithm changes, and now it appears that we’re just about there.

Google announced Tuesday, on its Webmaster Central blog, that the page experience signals will roll out in May of 2021, or in about seven months.

The company also said that it is testing visual indicators in results that show pages that have “met all of the page experience criteria,” with that launching in May of 2021 as well.

What can webmasters and others with websites due to prepare themselves for the changes?

Google is offering a variety of tools to help publishers position themselves for the new reality. Webmasters can receive a report on how their site is doing with meeting the Core Web Vitals’ standards. For those who publish with AMP, Google also recently launched an AMP Page Experience Guide.

"At Google Search our mission is to help users find the most relevant and quality sites on the web. The goal with these updates is to highlight the best experiences and ensure that users can find the information they’re looking for,” Jose added. “Our work is ongoing, which is why we plan to incorporate more page experience signals going forward and update them on a yearly basis. We hope that the tools and resources we’ve provided make it easier for you to create great websites, and thereby build a web ecosystem that users love.”

Earlier this fall, the Department of Justice brought an antitrust case against Alphabet, with the assistance of eleven state attorneys general. In a case that resembles the government’s case against Microsoft in the 1990s, the suit alleges that Google has a monopoly over web search.

“This lawsuit strikes at the heart of Google’s grip over the internet for millions of American consumers, advertisers, small businesses and entrepreneurs beholden to an unlawful monopolist,” Attorney General William Barr said in the announcement in October. It’s unclear what will happen with the lawsuit when the new administration comes to power in Washington.