Google Fiber: You Can Now Use Your Own Router 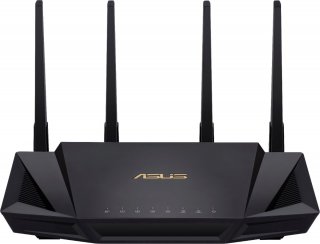 Google Fiber is an Internet service launched by Google in 2010, first in Kansas City. The service slowly expanded for the few years after that, before stalling out around 2015, although earlier this year, Google Fiber launched in West Des Moines, Iowa, its first new city in nearly five years.

The service this week announced a change: That it will allow its users to connect using whichever router they want.

“At Google Fiber, we want internet that just works for you anywhere in the home, and for most people that means Wi-Fi,” Amanda Peterson, Google Fiber’s Product Marketing Manager, wrote in a blog post. “So we’ve been working on improving your Wi-Fi experience, starting with giving you the opportunity to use whatever router you want.”

Customers now have the right to either bring their favorite router with them when they sign up for Fiber, or to change their plan to use their own router. The company has published instructions for how to do that here.

“We’re always looking for ways to make Google Fiber better. Great internet = great Wi-Fi, so we’ll keep working to improve that experience for our customers, whether they’re right next to their router or four rooms away,” Peterson added in the blog post.

To work with Google Fiber, however, the router must support Wi-Fi 5 or Wi-Fi 6, as well as gigabit wired speeds, while also meeting a minimum threshold of WPA2 Security.

The change follows Google Fiber’s announcement earlier this month that it would begin offering 2GB Internet for $100 a month, starting in a handful of markets.

“This year has made this need for more speed and bandwidth especially acute, as many of us are now living our entire lives — from work to school to play — within our homes, creating unprecedented demand for internet capacity,” the company said. "2 Gig will answer that challenge. At $100 a month, it’s double the top download speed of our 1 Gig product (with the same great upload speed) and comes with a new Wi-Fi 6 router and mesh extender, so everyone gets a great online experience no matter where they are in the house.”

According to Android Police, “Previously, Fiber did allow users to bring their own routers, but only with the use of Google Fiber's Network Box router. This new, updated bring-your-own-router feature is completely optional, but ideal for those who want to have the fastest and strongest Wi-Fi network possible in their home.”

Google Fiber, even a decade after its launch, remains unavailable in most of the country. The service’s current markets include Kansas City, Austin, Provo, Utah, Nashville, Huntsville, Charlotte, Raleigh/Durham/Chapel Hill, and Salt Lake City, in addition to the new market of West Des Moines. The company has announced that it will arrive in some additional markets, including MIllcreek, Utah, some parts of Southern California, and San Antonio, in the future.