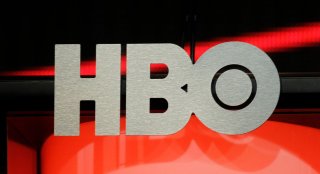 Even before HBO launched its new streaming service, HBO Max, at the end of last month, the AT&T-owned company has had to deal with a great deal of customer confusion over how the new service differs from its incumbent streaming products, HBO GO and HBO Now.

HBO Max is a new service, featuring content from HBO as well as 10,000 hours of other movies and TV content. HBO GO is the service, launched several years ago, that allows subscribers to HBO via cable to stream all of HBO’s shows, while HBO Now is the separate streaming service, launched more recently, that offered a standalone subscription for those who don’t get HBO on cable.

Last Friday, the company announced some streamlining, to reduce the confusion.

Effective at the end of July, HBO will “sunset” the HBO Go app, while also changing the name of “HBO Now” to simply “HBO,” WarnerMedia said. The move will eliminate some confusion, as well as clutter on app screens. On many platforms, HBO subscribers have gotten access to HBO Max at no additional charge, while some have automatically changed HBO Now to HBO Max.

However, WarnerMedia remains without HBO Max deals to carry the service on the Roku and Amazon Fire platforms, which currently carry both HBO GO and HBO Now. Therefore, in the absence of such a deal, Roku and Fire owners will be out of luck come July 31. They will still be able to receive “HBO” (the ex-HBO Now) on their devices, but not HBO Max.

“The large majority of HBO Go usage occurs on platforms with whom we have HBO Max deals currently in place,” an HBO Max spokesperson told several media outlets. “While we don’t yet have a distribution deal with Amazon or Roku, we remain committed to making HBO Max available on every platform possible to as many viewers as possible.”

Peacock, the upcoming service from NBC Universal that’s set to launch in July, is also without deals with Amazon and Roku, and has also yet to reach an agreement with Google.