HBO Max Still Has No Deal With Roku or Amazon, but Apps Are Set to Go 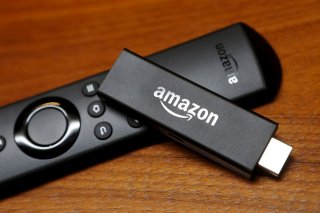 The company was not able to agree with two major distribution platforms, Roku and Amazon, to include the HBO Max app by launch day, leaving those who use their platforms to find other ways to watch HBO Max. WarnerMedia did reach a couple of surprise last-second deals on its launch day, in which they were to include the “Harry Potter” movies on the service and made HBO Max available to customers of Comcast.

However, if deals are finally reached with Roku and Amazon, its appears HBO Max will be prepared.

Andy Forssell, executive vice president and general manager of WarnerMedia’s direct-to-consumer products, told CNET in an interview this week that the company has apps all set to go for both Roku and Amazon Fire TV, and if an agreement is reached, those apps will be ready to be activated “minutes later.”

The week prior to its launch, WarnerMedia announced that it had reached deals with several providers, including Verizon, Cox, and Altice, to make HBO Max available to its subscribers.

The deals with the cable companies, as well as with the Comcast agreement the following week, made HBO Max available at no extra cost to those already subscribed to HBO. It also gave users the option to subscribe to HBO Max through their services.

AT&T had already reached deals with Apple, Charter, Google, Hulu and other providers.

In the days leading up to HBO Max’s launch, reports had the company in talks with Roku about an agreement, while other reports said an agreement with Amazon in time for the launch was unlikely.

“While we don’t typically comment on specific deal terms or negotiations, the fact is that in this instance while we believe that HBO Max would benefit greatly from distribution on Roku at launch, we do not currently have an agreement in place,” Roku said in a statement last week.

In the meantime, those who use Roku or Amazon for streaming can still get HBO Max on their mobile devices, and also push its content to their TVs using Chromecast or other casting technology.