HDTV Disaster: Would Roku and TCL Ever Break Up? 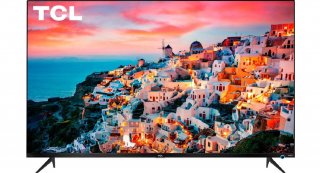 The Chinese TV manufacturer TCL and the American streaming media player maker Roku have enjoyed a fruitful and successful partnership, ever since they first teamed up in 2014.

The two companies, at CES that January, announced the first line of Roku TV models, which put the Roku functionality in the TV as its operating system, at a time when the use of streaming apps was ascendant. TCL’s Roku TVs soon developed a reputation for affordable, high-quality options in the TV market, and as of mid-2019, TCL overtook Samsung to become the #1 TV brand in North America.

In the first quarter, Roku added three million accounts, as coronavirus led to a surge in streaming, as streaming hours on the devices increased by 1.6 billion hours. However, the company posted a loss of $54.6 million in the quarter.

Meanwhile, Roku’s shares have now been downgraded by one analyst, who worries that Roku is enjoying most of the benefits of the TCL partnership, something that might not be sustainable.

“The agreement has clearly been mutually beneficial from a market share perspective, but we believe ROKU has benefited tremendously from TCL’s heavy lifting,” analyst Kyle Evans of Stephens wrote in a note last week, per Seeking Alpha. Evans also stated that “the duration/magnitude of what we believe is ROKU over-earning vs. its most important partner.”

Per Motley Fool, Evans downgraded Roku shares from overweight to equal weight, while also dropping his price target from $155 to $105. Roku’s stock is trading at $107.90 a share, as of Tuesday morning.

Evans also said in the note that TCL’s success with the TVs has been driven by low prices, while Roku has taken advantage of post-purchase monetization. He added that there is also concern about the company’s relatively slow international expansion.

Per Motley Fool, “there is a risk that TCL may become disgruntled with the lopsided relationship, in which case the Chinese company may look to renegotiate terms or partner with competing streaming TV platforms instead, the analyst implies.”

There’s no indication, aside from this analyst’s note, that such a move is imminent, although the situation is certainly worth following.

Roku is also in the news this week because it has yet to reach an agreement with AT&T’s Warner Media to make the HBO Max streaming service available on the Roku platform. The two sides were said to be in talks last week, ahead of HBO Max’s launch this Wednesday.