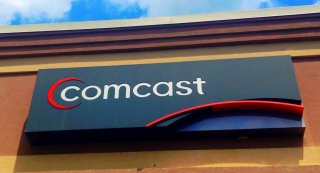 Comcast lost more than 700,000 pay TV subscribers over the course of 2019. In the first quarter of this year, the company lost another 400,000, as long-term cord-cutting trends met the coronavirus pandemic and the likely beginnings of a recession.

Now, it appears Comcast is bracing for even more losses in the second quarter.

Speaking earlier this week at the Credit Suisse Virtual Communications Conference - as reported on Twitter by analyst Rich Greenfield of Lightshed - Comcast's chief financial officer Michael Cavanagh said that video subscription losses will increase "at a similar absolute level" as they did in the first quarter.

As calculated by Multichannel News, the first-quarter loss of 409,000 video subscribers was four times that of the number the year before. And with stay-at-home orders in place for more of the second quarter than the first, Greenfield speculated that the company is looked at more than 500,000 pay TV subscribers lost in the second quarter of this year.

And while Comcast gained hundreds of thousands of Internet subscribers in the first quarter, the company is "not going to subsidize the video business with broadband profits," per Greenfield.

"Our strategy in video is that video is important because video is a great use of high-speed data,” Cavanagh said at the conference, per Multichannel News. “Today, we look at video as important because it's a customer need and because we're the broadband provider and because we have the legacy of investing in X1, maintaining a position of helping in an ever more streaming world, helping customers navigate the video that they choose to buy while offering a bundle that we continue to think for the right customers, is a great value. But we're not going to force it upon you if you don't choose to see it that way.”

We will find out for sure about the subscriber numbers when Comcast releases its second quarter financial results at the end of July.

According to the Hollywood Reporter, Cavanagh also said at the conference that Comcast is "hopeful" about the performance of VOD titles from NBC Universal, including "Trolls World Tour." However, the company is also "eager to get our films back in cinemas."

Stephen Silver, a technology writer for The National Interest, is a journalist, essayist, and film critic, who is also a contributor to Philly Voice, Philadelphia Weekly, the Jewish Telegraphic Agency, Living Life Fearless, Backstage magazine, Broad Street Review and Splice Today. The co-founder of the Philadelphia Film Critics Circle, Stephen lives in suburban Philadelphia with his wife and two sons. Follow him o