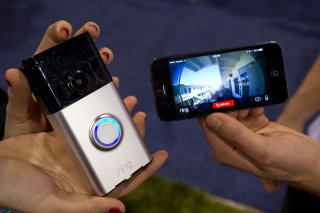 In recent years, home surveillance cameras, from Ring and other brands, have become hugely popular. The cameras from the company, which is owned by Amazon, have put home security at an affordable price, and have even been used to capture bee pollination in real time, at the home of one of TNI’s editors.

Across the United States, U.K., France and Germany, home surveillance cameras are now the second-most popular smart home device, behind only thermostats. Per that Strategy Analytics survey from earlier this year, 30% of smart homes across those four countries have at least one surveillance camera installed.

Ring cameras are often known for their use in capturing “porch pirates” and other crimes in real time, and easily providing footage to law enforcement. Indeed, such products are often marketed as ways to catch criminals in the act. But a new report says that the FBI has warned that there’s a big hole in home surveillance cameras as a crime-fighting tool: they’ve been known to tip off criminals to incoming raids.

According to a report Monday by The Intercept, the site has obtained an FBI “technical analysis bulletin,” which includes both information about how Ring and other surveillance cameras can fight crime, as well as their pitfalls. The document was released as part of “BlueLeaks,” a recent massive leak of documents from different law enforcement entities, which were obtained by Anonymous and distributed by a group called Distributed Denial of Secrets.

“Subjects likely use IoT devices to hinder LE [law enforcement] investigations and possibly monitor LE activity,” the FBI document states. “If used during the execution of a search, potential subjects could learn of LE’s presence nearby, and LE personnel could have their images captured, thereby presenting a risk to their present and future safety.”

The document referred specifically to an incident in New Orleans in 2017, in which the FBI approached a residence in order to serve a warrant, but the subjects had cameras installed, and were able to observe the agents arriving.

“Through the Wi-Fi doorbell system, the subject of the warrant remotely viewed the activity at his residence from another location and contacted his neighbor and landlord regarding the FBI’s presence there,” the document said, as cited by The Intercept.

Another document about the same incident stated that “subject was able to see and hear everything happening at his residence.”