The iPhone 13 and Everything Else Apple Announced Tuesday 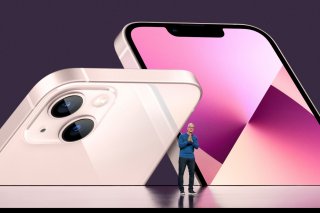 Apple on Tuesday held its California Streaming Event, where it announced several new products, most notably the new iPhone line, known as iPhone 13.

The new lineup of phones includes the iPhone 13, iPhone 13 Mini, iPhone 13 Pro, and iPhone 13 Pro Max. All feature an OLED screen, 5G connectivity, and Apple’s newest chip, the A15 Bionic. As is the case each year, Apple calls the new chip faster than the previous one.

“Our customers rely on iPhone every day, which is why we’ve made iPhone 13 and iPhone 13 mini more powerful, more capable, and more fun to use,” Greg Joswiak, Apple’s senior vice president of Worldwide Marketing, said in the release.

“Both phones have beautiful designs, industry-leading performance, and advanced camera systems with impressive computational photography features, all with incredible durability, water resistance, and a big jump in battery life to ensure customers can depend on their iPhone when they need it. All of this, tightly integrated with iOS 15 and with privacy built-in, make iPhone 13 and iPhone 13 mini an unbeatable choice.”

Meanwhile, the headline for the Phone 13 Pro and iPhone 13 Pro Max was that they will offer a 1TB storage option, the first iPhone to do so. The camera array has changed on the iPhone, with the notch now slightly smaller.

“iPhone 13 Pro and iPhone 13 Pro Max make up our most pro iPhone lineup ever with the biggest advancement for our camera system, the best battery life ever in an iPhone, and the fastest performance of any smartphone, setting a new standard for iPhone and enabling incredible experiences never before possible,” Joswiak said in the release.

The iPhone 13 and 13 Mini will come in the colors pink, blue, midnight, starlight, and (PRODUCT)RED, while the iPhone 13 Pro and Pro Max will be available in graphite, gold, silver, and sierra blue.

Also part of the announcement about iPhones was the arrival of Cinematic Mode, which represents a new way of filming video on an iPhone.

“Cinematic mode on iPhone records videos of people, pets, and objects with a beautiful depth effect with automatic focus changes, so anyone can capture cinema-style moments, even if they aren’t a professional filmmaker,” Apple announced Tuesday.

“For creative control, the focus can be changed during and after capture, and users can also adjust the level of bokeh in the Photos app and iMovie for iOS, and coming soon to iMovie for macOS and Final Cut Pro, making the iPhone 13 lineup the only devices able to edit the depth-of-field effect in video even after recording.”

There had been some speculation that Apple would avoid the number thirteen in the naming of the new device, due to some beliefs that about that number being associated with bad luck. But, per Buzzfeed, the company appears to have not been swayed by such concerns to avoid using that particular name.

The iPhone is expected to consist of one-third of the 5G smartphone market in the world in 2021, per Counterpoint Research’s latest Mobile Handset Shipment Forecasts last week.

In addition, Apple announced several non-iPhone products. They introduced a new, ninth-generation iPad, which starting at $99 and featuring a 10.2-inch Retina display, as well as a new iPad Mini featuring, like the new iPhones, the new A15 Bionic chip.

“iPad has never been more essential for working, learning, and communicating, and we’re excited to bring one of the biggest updates ever to our most popular iPad,” Joswiak said in the announcement. “With the powerful A13 Bionic, more engaging video calls with Centre Stage, and double the storage, the new iPad delivers advanced capabilities, versatility, and simplicity at an incredible value.”

Apple also revealed the new Series 7 of the Apple Watch line, which features a larger display than on previous versions of the Watch.

Also on Tuesday, Apple announced upgrades to Apple Fitness+, both making it available in 15 new countries and introducing new workouts, which are called Workouts to Get Ready for Snow Season.

Among the rumored products not introduced at the event was a new line of AirPods, as well as any new Macs. Those are likely to follow at another event later this fall.

“The headline is that Apple is introducing a 1 terabyte option for the iPhone 13 Pro which is a potential game-changer,” analyst Daniel Ives of Wedbush Securities said Tuesday.

"In a nutshell on the iPhone front, we believe the robust consumer product cycle continues globally for Cook & Co. especially with today roughly 250 million of the current 975 million iPhones not upgrading their smartphones in over 3.5 years based on our analysis, speaking to massive pent up demand within Apple's installed base." Ives added that he maintains his "Outperform" rating, and $185 price target on Apple, calling the company's stock "a top tech name to own."