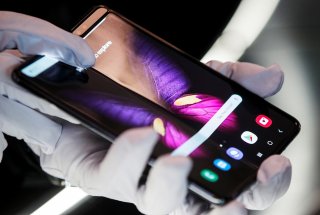 Samsung’s smartphones regularly lead worldwide market share rankings, both for 5G and overall. But Samsung is also very much in the business of the display panels that go in smartphones, and according to a new report, Samsung panels are in more than half the smartphones that were sold in the first quarter.

Those three, Strategy Analytics said, take up more than 74 percent of the revenue in the sector, which recorded revenue of $9 billion in the quarter, which represented a 3 percent year-over-year increase.

“In Q1 2020, the display panel market for smartphones continued to see demand for OLED panels that drove the overall display market revenues while smartphone LCD panels got impacted due to the oversupply and drop in demand, leading to a fall in revenues and shipments for LCDs,” Jeffrey Mathews, an analyst with Strategy Analytics, said as part of the announcement. “Samsung Display grabbed major design wins for its flexible OLED panels with major smartphone OEMs that aided in its first quarter revenues.”

A report last month stated that in the OLED market specifically, Samsung controls 81.2 percent of the worldwide market, as of the first quarter.

“We expect the display panel market to continue to observe a slowdown in smartphone panel demand due to disruptions in supply chains of customers along with a strong decline in demand for end-market products owing to COVID-19 pandemic,” Stuart Robinson, Executive Director of Handset Component Technologies Service for Strategy Analytics, said in the announcement. “We believe that the display panel vendors will continue to differentiate their portfolio with innovative display technologies among customers.”

While Apple and Samsung are rivals, and have gone at each other both in the smartphone markets and in the courts, Samsung has long provided most of the panels for iPhones. Supply chain reports have indicated that Samsung will provide most of the panels for the 2020 iPhones, although one of the models will reportedly use panels from LG Display and BOE. Another recent report, however, stated BOE’s panels had failed tests.