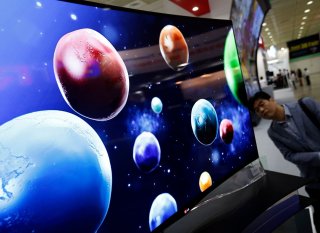 WiSA LLC, the Wireless Speaker and Audio Association, announced that it had bestowed WiSA Ready Certification on four of LG’s 8K 2020 8K TVs. The certification applies across the LG OLED ZX and LG NanoCell NANO 99 series. Some of LG’s TVs from 2019 also have the certification.

“We are honored and excited to have these stunning new TVs sitting at the head of the WiSA Ready class,” Tony Ostrom, WiSA’s President, said as part of the announcement. “LG continues to solidify their leadership position as we see their TVs harness more and more capabilities and position themselves at the center of the home entertainment experience.”

While questions have been raised about whether there’s any good reason for 8K TVs to exist at this point, LG announced a line of them in January, using both NanoCell and OLED technologies. The 77- and 85-inch 8K OLED models, which hit the market in May, retail for $20,000 and $30,000, respectively, while the 8K NanoCell models are a comparatively affordable $3,500 and $5,000 for 65- and 75-inch models.

“The LG OLED ZX and LG NanoCell NANO 99 TV models are redefining the top tier of home entertainment technology,” Tim Alessi, head of product marketing at LG Electronics, said as part of the announcement. “These new TVs feature incredible 8K OLED and NanoCell technology housed in beautiful, modern designs and, with WiSA Ready technology, the ability to easily connect to amazing audio systems from multiple brands allowing users to immerse themselves in their favorite content.”

LG later this month will debut its first 48-inch OLED TV, which was also part of the line that the company debuted at CES in January, retailing for $1,499, which is less than LG’s other OLED TVs but more than most TVs of that size.

WiSA was founded by Summit Wireless Technologies and Klipsch, Bang & Olufsen, Enclave Audio, Axiim and System Audio are among the manufacturers who produce WiSA Certified speakers.