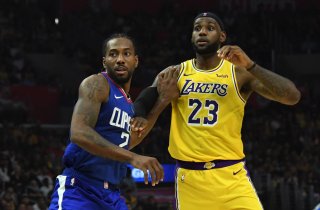 Despite rampant cord-cutting in the last few years, there are still more than 80 million American households that still pay for cable or satellite television.

Many of these TV packages boast live sports, but amid this COVID-19 pandemic, these consumers haven’t seen any slam dunks or home runs in real-time in nearly two months.

Are they in line for refunds? Don’t count on it.

Roughly $20 of a standard monthly cable bill can be attributed to live sports programming, for which companies like Disney’s ESPN, AT&T’s Turner and Comcast’s NBC Universal pay billions of dollars each year.

With both college and professional sports on the sidelines, these consumers are, in essence, giving free money to these multibillion-dollar cable and satellite TV companies.

According to New York Attorney General Letitia James, Americans shouldn’t be on the hook for these cable bills. She has called on seven cable and satellite television providers, including AT&T and Charter Communications, in New York state to reduce or eliminate fees that are associated with live sports programming.

“At a time when so many New Yorkers have lost their jobs and are struggling, it is grossly unfair that cable and satellite television providers would continue to charge fees for services they are not even providing,” James said in a statement.

“These companies must step up and immediately propose plans to cut charges and provide much needed financial relief. This crisis has brought new economic anxiety for all New Yorkers, and I will continue to protect the wallets of working people at every turn.”

According to cable and satellite TV executives, the process of giving out reimbursements to their customers is a bit more complex. They have said that they would be glad to shell out refunds, but only if the programmers that they pay for sports give them refunds first.

It may be too optimistic to think that ESPN will start cutting checks to AT&T, Comcast, Charter and Dish Network, among others.

Still, even without live sports programming, networks like ABC/ESPN haven’t gone totally dark. They’ve continued to air new programming like the NFL Draft and “The Last Dance,” the wildly popular documentary miniseries on the 1997-98 Chicago Bulls.

If major sports leagues are completely canceled, it is in the realm of possibility that these leagues will eventually refund TV fees to the programmers. But with the uncertain nature of this pandemic, it is still a wait-and-see approach for the most part. And cable TV customers awaiting that refund will continue to feel that is like a distant dream.