Months After the Crash, Cryptocurrencies are Shooting Up Again 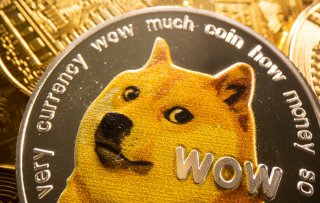 Months after its May crash—driven largely by the actions of Tesla CEO Elon Musk—cryptocurrency is making a comeback. The prices of Bitcoin and other virtual currencies have increased substantially over the past week, with the total market capitalization of the combined currencies once again reaching the $2 trillion mark.

The currency that has performed best in this basket has been Dogecoin, which briefly exceeded $0.70 per coin, up from $0.005 per coin on the first day of the year. An investor who had put $1,000 into the currency at that time would have netted a $120,000 profit if they had sold at that moment.

However, after Musk appeared on Saturday Night Live and jokingly described the token as a “scam,” prices fell precipitously, reaching a low of around $0.70 by the end of June. Other currencies were also affected by the slump. Bitcoin, which Musk had attacked as environmentally problematic, fell from $63,000 in April to only $29,000 in July. Ethereum, a third major token, fell from more than $4,000 per token in early May to below $1,800 in July.

All three currencies have since rebounded. Bitcoin trades at around $47,000, while Ethereum has risen to nearly $3,300. One of the most significant rebounds has been Dogecoin, which once again crossed the thirty-cent mark this week after its collapse.

The reason for the price increases is uncertain, but one factor which has clearly played a role has been the recent advocacy of cryptocurrency by influential financial investors, including Dallas Mavericks owner and long-time crypto supporter Mark Cuban. On August 12, Cuban announced that Mavericks merchandise would be discounted for Americans who purchased it with Dogecoin and described the meme token as the “strongest” currency. The comments quickly eliciting Musk’s approval, and fueled a six percent increase in the currency’s trading price.

Dogecoin, a token whose logo is based on the “Doge” internet meme from 2010, was originally created as a joke cryptocurrency, parodying better-known efforts such as Bitcoin. Its 12,000 percent increase in value from January until May caused the currency to become better-known, although it is still far behind Bitcoin in terms of market capitalization, or the total value of all coins in circulation.

Cuban and Musk have been accused of “pumping” the value of Dogecoin—using their platforms as a way to artificially increase its value, and therefore their own holdings in the token. While they have both denied this, it would probably remain legal for them to have done so. The Securities and Exchange Commission, which stringently restricts information related to the stock market—and whose rules Musk fell afoul of in 2018—does not regulate cryptocurrency.